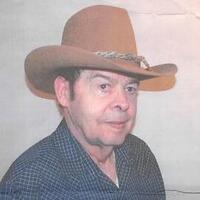 Frederic Edwin Williams, 85, passed away on September 3, 2021 at his home in Lebanon, Oregon from Parkinson’s Disease. Fred was born on March 16, 1936 in Gillette, Wyoming, the son of Glen O’Neil Williams and Estelene Mae Camblin Williams of Moorcroft, Wyoming and grandson of both parents’ homesteaders and ranchers. As a young mand he lived in Beulah and Sundance, Wyoming and later on a small ranch in Moorcroft. Fred graduated High School in Moorcroft in 1954, after which he served in the U.S. Marine Corps until 1957, attaining the rank of Sergeant. He served during the Korean Conflict, stationed in Japan and Hawaii. In 1958, Fred married Dena Gladson of Gillette, Wyoming. He attended the University of Wyoming in Laramie, Wyoming from 1958-1961, during which time his son, Stephen was born. Summers were spent working for the Wyoming Highway Department, driving heavy equipment in the building of Interstate 90. He then began his career, working for the State Employment Service in Cody and Jackson, Wyoming; Lakewood, Colorado and Missoula, Montana. Later, he became the Personnel Officer for the City of Missoula. Fred enjoyed flying, obtaining his pilot license in 1968. Other hobbies include hunting, fishing, camping, traveling, some woodworking and dabbling in Cowboy Poetry. In 1991, he and Dena bought a motorhome, traveling full-time for two years. In 1993 they settled in Sheridan, Wyoming and subsequently moved to Lebanon, Oregon in 2001. He was an active member of the Waterloo Baptist Chapel for 20 years, serving as a Trustee for 8 years. Fred was preceded in death by his father, Glenn in 1967, his mother, Estelene in 1975; son, Stephen in March 2021 and brother, Evan in 2015. He is survived by his brother, Lee and wife, Trish of Moorcroft, Wyoming, sister-in-law, Pat Williams of Casper, Wyoming and sister/brother-in-laws Terry and Bonnie Gladson, Gillette, Wyoming; Jerry and Donna Gladson, Buffalo, Wyoming; Karen and Larry Phillippi and Linda and Marshall Pruitt of Eufaula, Oklahoma plus many nieces and nephews. A graveside service will be held on Friday, September 10, 2021 at Mt. Pisgah Cemetery in Gillette, Wyoming. In lieu of flowers, donations may be made to the Waterloo Baptist Chapel, PO Box 2349, Lebanon, Oregon 97355 of Parkinson’s Resources of Oregon.  Memorials and condolences may be sent in care of Gillette Memorial Chapel 210 West 5th Street, Gillette, WY 82716. Condolences may also be expressed at www.gillettememorialchapel.com

To order memorial trees or send flowers to the family in memory of Frederic Edwin Williams, please visit our flower store.