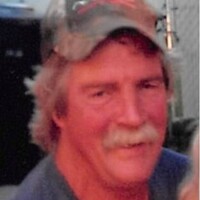 Celebration of Life for Fred “Freddy” Schon will be held at 11:00 a.m., Saturday, November 14, 2020 at Walker Funeral Home with Alicia Mattheson officiating. Fred “Freddy” Schon Jr. age 62 passed away October 26, 2020 at The Legacy Living and Rehabilitation Center in Gillette, WY after a long battle with multiple diagnosis. His loving wife, Dawn Schon was at his side as he passed away into the arms of his Heavenly Father. Freddy graduated from Thermopolis, Wyoming and attended college at Caper College. He finished his career at Anadarko. Freddy retired and managed property for the rest of his life. Freddy is survived by his wife, Dawn Schon of Wright, WY; mother, JoAnn Cozzens of Lovell, WY; dad, Fred Schon Sr. of Sundance, WY; sister, Cindy McCament of Powell, WY; stepdaughters, Amber McIntosh, Crimson Scherer ad Brittany Spurgeon and many grandchildren. He is preceded in death by his only child, Matthew Schon and nephew, Scott Sorensen.  Memorials and condolences may be sent in care of Walker Funeral Home 410 Medical Arts Court, Gillette, WY 82716. Condolences may also be expressed at www.walkerfuneralgillette.com

To order memorial trees or send flowers to the family in memory of Fred E. Schon Jr., please visit our flower store.