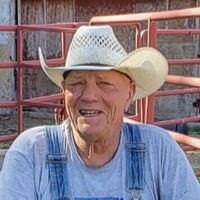 Frank Lee Ford was born on October 30, 1941 in the only bedroom of his Grandfather’s home in Lovell, Wyoming. He was the first son, second born to Manuel (Dutch) Lee Ford and B Welch.  That house still stands on the northern bank of an irrigation canal that was dug by hand and with horses by his ancestors during the development of the first water projects in the Bighorn Basin 1893.   He followed in that tradition working with his hands and loving horses for the next 79 years until his death on Sunday, November 22, 2020.His family continued to live and work around the Bighorn Basin until the year Frank turned 10.  Taken away by his father, he, his two sisters and brother then followed a path that took them across Wyoming, Utah, Idaho, Washington, Oregon and Northern California for the next 8 years staying for just a while at many end-of-the-road towns, Indian reservations and ranches before soon moving on to the next.  Hard times are the forge that makes tough men, and during those times he grew to become the protector and provider for his siblings…a role he maintained for all of his family until the very end.  Mid 1960, while working on a farm near Alturas, CA, Frank and his best friend, Jim Priest, were on the move and decided they needed to see the lights of town… so they turned south toward Los Angeles.  About the same time, a straight-laced 18-year old Catholic girl, that had never left sight of Mitchel County, KS bought a one-way train ticket stamped for Long Beach.  Within six months, Frank met Patricia Wessling on a blind date.  It was love at first sight (according to Pat.…) and they were married on November 3, 1962. Kenneth Lee was born on March 9, 1963 and within a few months the new family moved to Kingman, AZ for a short stint in the road construction business with Dutch, Frank’s father, before heading to Billings, MT.  Thomas Arnold was born January 23, 1964 and then Theresa Marie was born on April 27, 1965.  The oil boom was on in Gillette, WY in 1968 and Frank was offered a job by his brother-in-law, Buck Williams, as a water well driller for Williams Drilling Company.  After working about six weeks on the rigs, he called Pat (who was still in Billings with the three kids…), told her to buy a trailer because there were no homes available in Gillette and meet him there when she could.     Frank and Ray Compton bought Leon’s Repair Shop in the summer of 1971, and C&F Repair Service was branded with the challenge “If We Can’t Fix It…It Ain’t Broke”.  James Patrick was born September 17, 1973 and from then on Jim did his best to keep up with his Dad, Mom and siblings who all worked in the shop.   For the next three decades, there was a steady stream of ranchers, orphans, miners, war veterans, roughnecks, strays, hippies, roustabouts and broken-down travelers that came in the door of the shop, many of them leaving only after having become lifelong friends.  In 2000, Ken was still working in the shop and took over running it on his own.  Pat was still working at Rozet School at that time and Frank began his “retirement” building his new shop at their home place in Rozet, where many of the old customers still sent what was broken to be fixed.  When Pat retired in 2007 after 27 years at Rozet they settled down some, and started enjoying their piece of heaven, affectionately known by those on the Adon as “Fordville”. Being surrounded by children, grandchildren, and great grandchildren, all seasons of the year were spent making fond memories around the farm and the pond. Frank passed on his love for animals; taught anyone that would listen the value of good work ethic, honesty, a strong faith, and the importance of family.  Frank was preceded in death by his father, Manuel Lee (Dutch) Ford; mother, B Welch Boutilier; stepfather, Thomas Gordon (Frenchie) Boutilier; and younger sister, Charlotte Darlene Williams. Frank is survived by his loving wife, Pat of 58 years; his children, Ken (Kenda) Ford, Tom (Beth) Ford, Theresa (Dave) Freeland, Jim (Kandis) Ford, his sister Sheila (Emil) Pendleton and his brother Walt Ford. He is also survived by 12 grandchildren, 7 great-grandchildren and numerous nieces and nephews. He loved and cherished all of his family so dearly and they loved him. Memorials and condolences may be sent in care of Gillette Memorial Chapel 210 West 5th Street, Gillette, WY 82716. Condolences may also be expressed at www.gillettememorialchapel.com

To order memorial trees or send flowers to the family in memory of Frank Lee Ford, please visit our flower store.