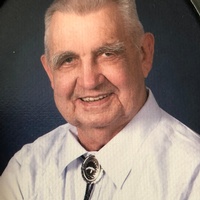 Funeral service for Eugene “Gene” Anderson will be held at 2:00 p.m., Friday, July 20, 2018 at Trinity Lutheran Church with Pastor Jared Tucher officiating; interment to follow at Mt. Pisgah Cemetery. Visitation will be held one hour prior to services at the church.

Eugene “Gene” Anderson age 79 passed away Friday, July 13, 2018 at University of Utah Medical Center in Salt Lake City, UT.  Eugene Gordon Anderson was born on November 14, 1938, the eldest son of Grace A. (Imus) and Wallace E. Anderson. He was born in the same rural farm house as his mother in Cedar Rapids, Iowa.

The family moved to Decatur, NE in 1944 where he attended rural grade school and graduated from high school in Decatur in 1956. He attended Wayne State Teachers College in Wayne, NE for two years.

Following college he worked as a mechanic in Omaha, NE until he was drafted into the US Army in 1961, serving 2 years.

While in Omaha he met and married Alice Flint of Weston, WY. To this union three sons were born, Richard “Andy”, Lysle and Dwayne. They later divorced. Following his military service, Gene moved to Weston, WY and began ranching until 1995. He then retired in Rozet, WY because of health problems.

On December 9, 1998 Gene had the good fortune to receive a right lung transplant at the University of Utah Medical Center in Salt Lake City, UT. The operation was a success with few complications. After his recovery he returned home to Rozet and helped out at Ruff’s Rozet Bar.

Memorials may be made in Gene’s name to benefit the American Lung Association or Trinity Lutheran Church. Memorials and condolences may be sent in care of Gillette Memorial Chapel 210 West 5th Street, Gillette, WY 82716. Condolences may also be expressed at www.gillettememorialchapel.com

To order memorial trees or send flowers to the family in memory of Eugene "Gene" Gordon Anderson, please visit our flower store.