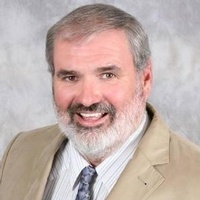 Memorial service for Erwin “Corky” Stetson will take place at 10:00 a.m., Thursday, April 19 at the Family Life Church in Gillette, WY with Rev. Patricia Stetson-Warning officiating. Memorial service in Jackson, WY will be planned at a future date with his work family and Jackson Hole friends. Mr. Stetson will be cremated in Jackson and his ashes will be scattered in the Paint Rock Lakes area in the Big Horn Mountains at a later date. Arrangements in Jackson will be through Valley Mortuary. Erwin Duane “Corky” Stetson, 60, loved the mountains. He loved hiking, skiing, hunting, snowmobiling, horsepacking, running, swimming, biking and just enjoying the mountains. The mountains were a significant part of his life as he pursued his dream of creating his home and living his life in the mountains nearly every weekend. Mr. Stetson died April 13, 2018, near his home in the Hoback Range after building his life in the mountains he loved.  Mr. Stetson was born Oct. 8, 1957, in Wahoo, Neb. He grew up and graduated East High School in Lincoln, Neb., where there were no mountains. He would discover the Teton Mountain Range in 1968 during a family trip. In 1977, he moved to Wyoming to establish residency so he could hunt and fish in its abundant ranges. He worked as a roustabout that winter when he met Sherri Jo Tholson. The two would marry March 23, 1979, leading to three children. During this period, Mr. Stetson found his calling as a civil engineer and pursued his degree from the University of Wyoming. He worked for Banner Engineering throughout college which led to summers in the Medicine Bow and Snowy Range Mountains and building future opportunities in Gillette. His next employment opportunity brought him to Alliance Architect and Engineers in Rapid City, S.D. This was a stepping stone to set up his own Gillette satellite office under Bear Lodge Engineering in Sundance. The satellite office evolved into a new company, Stetson Engineering, Inc. Mr. Stetson’s company served towns, cities and clients across the Powder River Basin and Northeast Wyoming throughout the 1990s and into the 2000s. What started with annual hunting trips to Jackson, led to his learning to horsepack in the Big Horn Mountains and beyond. Mr. Stetson built a stable of dependable horses to carry him, his family and friends into his dreamscape in the valleys and peaks of Wyoming’s ranges. Tragedy struck in 2005, when his wife passed away. In 2007, Mr. Stetson met his next greatest companion in exploring the wilderness of his life, Elaina Winters. They would marry on June 8, 2008. Stetson Engineering would merge with HDR Engineering in 2012. The merger would provide proceeds Mr. Stetson needed to embrace his dream of living in and near some of his most beloved mountains. He moved to Hoback Junction and worked for Jorgenson and Associates where he provided his vast expertise in civil engineering and marketing for the various towns and municipalities in the west side of the state. During his career, Mr. Stetson served with the Campbell County Parks and Recreation Board of Directors. He became active and instrumental with institutions such as the Wyoming Engineering Society and the American Counsel of Engineering Companies. Both of which, he served as President. Mr. Stetson also received Wyoming Engineering Society’s Engineer of the Year Award in 2017. Gov. Matt Mead also appointed Mr. Stetson to the Wyoming Board of Professional Engineers and Professional Surveying, where he was currently serving as president. Mr. Stetson accomplished many of his dreams and maintained an active lifestyle. What began as running in local 5Ks reached a pinnacle in 2003 when he completed the Lake Placid Ironman Triathlon. Mr. Stetson would also run marathons from California to New York. Mr. Stetson also was very supportive in University of Wyoming Athletics and was a member and supporter of the Cowboy Joe Club. He was a season ticket holder for the both football and basketball teams for many years. He was also involved with introducing young people to STEM programs. He visited third-grade classrooms to introduce them to engineering and also advocated MathCounts for teenagers for a number of years. Mr. Stetson is survived by his mother, Shirley Stetson and father, LaVerne Stetson; his wife, Elaina; his daughters, Kirsten (David) Simmons and Hannah Rose Garlick; sons, J.D. Stetson, Patrick Stetson and Aaron Garlick; grand-daughter, Demi Jo Stetson; brother, Ron (Nancy) Stetson; sisters, Patricia (John) Stetson Warning and Helen (Fred) Fankhauser and many other relatives and friends. He is proceeded in death by his wife, Sherri and his grandparents. Memorials and donations will benefit the American Society of Professional Engineers University of Wyoming Chapter. Memorials and condolences may be sent to the family of Corky Stetson in care of Gillette Memorial Chapel, 210 W. Fifth St., Gillette, WY 82716. Condolences may also be expressed at www.gillettememorialchapel.com
To order memorial trees or send flowers to the family in memory of Erwin "Corky Duane Stetson, please visit our flower store.