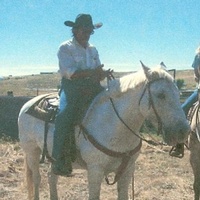 Celebration of Life for Ernest Stout will be held Wednesday, August 29, 2018 at 4:00 p.m. at Moose Lodge. Ernest B. Stout age 65 passed away on Thursday, August 23, 2018 at his home in Gillette, WY. Ernest Bruce Stout was born on April 15, 1953 in Walden, CO to Roy and Thelma (Love) Stout. He grew up and attended school in Rand, CO; Walden, CO; Craig, CO; Miles City, MT; and graduated from high school in Gillette, WY. After high school he began working at Corky’s Water Service; he also worked for Bell and Mooney Trucking; Brannan Trucking; and Wagner Well Service. He married Verna Bergeson on September 24, 2010. Ernest was a member of Moose Lodge, Eagles and American Legion. He enjoyed horseback riding, camping, fishing and hunting. He is survived by his wife, Verna; sons, Lucas Stout and Adam Stout; brother, Freddie (Tina) Stout of Gillette, WY; and sister, Linda (Jeff) Johnson of Gillette, WY. He is preceded in death by his parents, brother and ex-wife. Memorials and condolences may be sent in care of Walker Funeral Home 410 Medical Arts Court, Gillette, WY 82716. Condolences may also be expressed at www.walkerfuneralgillette.com

To order memorial trees or send flowers to the family in memory of Ernest Bruce Stout, please visit our flower store.