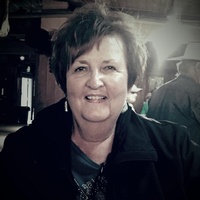 Mass of Christian Burial for Betty Hough will be held at 10:00 a.m., Tuesday, March 13, 2018 at St. Matthew’s Catholic Church with Father Cliff Jacobson officiating; interment will follow in the family plot at Mount Pisgah Cemetery. Visitation will take place from 4:00 p.m. to 6:00 p.m., Monday, March 12, 2018 at Gillette Memorial Chapel with a Vigil to begin at 6:00 p.m. It’s with great sadness that the family of Elizabeth “Betty” (Mankin) Hough announces her passing on Friday, March 2, at the age of 70, in Phoenix, AZ after a brief bout with melanoma. A native of Wyoming, Betty was raised on the 4J Ranch southwest of Gillette, and attended for one year the Sacred Heart of Jesus School in Boulder, Colorado. The 1965 CCHS graduate attended Casper College before moving back to Gillette, then marrying South Dakota native Roy “Butch” Hough in April 1971. Their first daughter, Jill, was seven days old and incubated in the Rapid City hospital when the power went out due to The Black Hills Flood of 1972. The baby was considered the first casualty of the second-deadliest flood in U.S. history. Meanwhile, nothing remained of the Houghs’ home except one garden hose. Betty and Butch moved to Recluse, Wyoming, and later with their daughter, Holly, settled back on the 4J more than 35 years ago. Betty worked as a bus driver for 28 years for the Campbell County School District, mostly with rural routes to country schools. In her spare time, she competed on a Gillette bowling league, enjoyed snowmobiling, beaded beautiful tack and was active with Savageton Homebuilders Club. In addition to stints serving on the Campbell County Public Library and Land boards, Betty also took on the full-time role of Fair Manager and in 2006 earned the award Fair Manager of the Year from the Rocky Mountain Association of Fairs. When she retired in 2012, Betty had served 25 years as a member and employee of the Campbell County Fair Board. Part of what Betty enjoyed about managing the fair was managing the annual PRCA rodeo. Betty herself was the 1965 national high school finals rodeo breakaway champion, and maintained a lifelong love of rodeo, attending with enjoyment legendary events like the Calgary Stampede, Pendleton Round-Up, and National Finals Rodeo. She enjoyed the rodeo feats of her daughter and nieces, and provided means for her granddaughter, Shay Hough, to rodeo. Betty proudly watched Shay win her own national high school title just this summer, in Gillette. For the past several winter seasons, Betty enjoyed time in Arizona, adding to her impressive jewelry collection and visiting with team-roping friends and longtime Wyoming pals. For the past decade, she thoroughly enjoyed her beloved Corgi mix, Fancy. Betty is survived by her daughter, Holly Hough (Gibby Barnett), and granddaughters Shay Hough and Grace Barnett. She’ll also be remembered by her brother, Bill Mankin (Cindy); and sister, Peggy Greenough; plus more than 10 loving nieces and nephews. Betty was preceded in death by her parents, Lee and Claire Mankin; her husband, Butch Hough; and her daughter, Jill. In lieu of flowers, memorial donations can be made in her name to the Betty Hough High School Rodeo Scholarship; First Interstate Bank; PO Box 3004, Gillette, WY 82717-3004; and condolences may be sent in care of Gillette Memorial Chapel, 210 West Fifth Street, Gillette, WY 82716. Condolences may also be expressed at www.gillettememorialchapel.com
To order memorial trees or send flowers to the family in memory of Elizabeth "Betty" Anne Hough, please visit our flower store.