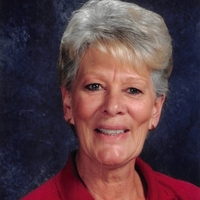 Eileen was born in Gillette, WY to George and Alvina (Weaver) Sutherland on July 18th 1947. She was the third of four children and attended grade school in Gillette. In 1962, at the age of 14, she married Art Reynolds. They worked on several ranches in the area. They had one son, Pete, born in 1964. They later divorced and in 1966 Eileen married Hollis Linnens. To this union, two sons were born. Cecil in 1966 and Robert in 1970. They would later divorce and in 1973 Eileen married Joe Miller and Joey was born in 1975. Joe worked the oilfields which took him to Casper, Wy in 1977 and then to Farmington NM in 1980. When her and Joe divorced in the early 90’s she moved to Alaska and spent about 2 years where she went to college classes and received a degree in bookkeeping. In her younger years she worked as a waitress and cook at cafes in Gillette which included Stockman’s Café, The Goings and Huskey Truck Stop. She later owned her own restaurant in Douglas, WY., where she met Bill Hewgley. They were married in 2001 and lived on his family farm in Ovid, CO. Until Bill’s passing in 2010. She loved to cook big meals and insisted on cooking the Thanksgiving meal for family and friends. Although cooking was her passion she loved to sew, quilt and was an avid fisherman. She loved to travel and she and her sister would travel to Arizona, Florida and places in between, even taking a cruise to Alaska and to Germany on several occasions to visit Joey. Eileen is survived by her sons, Pete (Tanya) Reynolds of Gillette, Cecil (Donna) Linnens of Phoenix, AZ, Robert Miller of Farmington NM, and Joey (Sandra) of Burglengenfeld Germany; 9 grandchildren, 12 great kids plus one on the way and 1 great, great grandson; Brother Jim (Martha) Sutherland of Tensleep WY, and Donna Matheson of Gillette. She was preceded in death by her father, George Sutherland, her mom Alvina Beck, husband Bill Hewgley and sister Anita Kain. A public gathering for visitation with family will be conducted on Wednesday, September 7, 2022 at Gillette Memorial Chapel from 5pm to 7pm. Funeral services will be held 1:00 p.m., Thursday, September 8, 2022 at Family Life Church with Pastor George Keralis officiating. Memorials and condolences may be sent in care of Gillette Memorial Chapel 210 West 5th Street, Gillette, WY 82716.
To order memorial trees or send flowers to the family in memory of Eileen L. Hewgley, please visit our flower store.