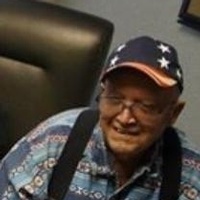 Memorial service for Edwin Elkins will be held at 2:00 p.m., Wednesday, April 24, 2019 at Walker Funeral Home with Chaplain Donny Edwards officiating. Edwin “Ed” Chester Elkins was born on January 18, 1932 to Kenneth and Vera (Hopkins) Elkins in Broadus, MT. He graduated from high school in Broadus in 1951. Shortly after he enlisted in the Army on December 4, 1952. He served in the Korean War as a Unit Supply Sargent until September 21, 1955.

After being honorably discharged from the military he returned to Montana and worked on Libby Dam. He then moved to Whitefish, MT where he met the love of his life, Evelyn Knudsen. He married Evelyn on January 18, 1963. She had 2 children, and together they had 5 children.

Edwin worked on the rebuild of the Big Muskie, the largest walking dragline. He then owned his own welding company in Clearmont, WY where they finished raising their children. He eventually made his way to Gillette, WY to be closer to family. His children, grandchildren, and great-grandchildren brought him such joy. Nothing could bring a brighter smile to his face then seeing them walk through the door. He always followed up a visit with “Come back when you can stay awhile”.

To order memorial trees or send flowers to the family in memory of Edwin Chester Elkins, please visit our flower store.