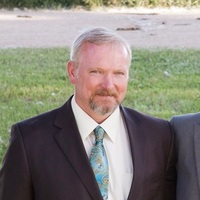 Edward Ace Rosier returned to his heavenly home on Wednesday, September 8, 2021 after a sixteen-month battle with pancreatic cancer. Edward passed peacefully in his home with his beloved wife Cindy and his son Edward II by his side.  He was 61 years old. Edward was born in Tampa, Florida, on December 3, 1959, to father Robert Rosier and mother Elsie (Gibbs) Rosier. While growing up in Florida, Edward with his brothers and father started The String Stealers band where he found a love for music and playing bass. In 1976, Edward and his family moved to Gillette, Wyoming, for better job opportunities. He worked from an early age as an electrician with his father and also as a carpenter, becoming a skilled woodworker and craftsman. Edward continued playing music with his family band in Gillette where he eventually met the love of his life, Cindy, when she auditioned as a singer in the band in 1982. Edward always described meeting Cindy as “love at first sight.” They were later married, and he became the proud stepfather of six children whom he loved as his own. In October 1987, Edward and Cindy welcomed their son Edward II into the world. In 1989, Edward began working at Black Thunder Coal Mine as a millwright and later as an electrician.  He retired in May 2020 after 31 years. Edward continued playing bass with many local musicians over his entire life making lifelong friends, whom he thought of as family.  He especially enjoyed having his wife and later his children by his side on stage. Edward and Edward II loved backpacking together in the Big Horn Mountains, especially to Bomber Mountain and Mirror Lake. They also loved camping, target shooting, grilling, and having a cigar together.  Edward’s legacy as a craftsman lives on with countless woodworking projects that left no inch of his home untouched, to include his beautiful backyard BBQ cabin and a lodge style back porch fit for a king.  Edward loved animals, especially his best Boxer buddy, Jack. Edward is survived by his wife of over 33 years Cindy (Nash) Rosier, his children Daniel Mitchell, Kari (Richard) Hopkins, Matthew (Jenny) Mitchell, Benjamin Mitchell, Jeremy Mitchell, and Edward (Katelyn) Rosier II; his grandchildren Ashley, Rachel, Tyler, Aidan, Cole, Henry, Dorothy, Benjamin, Hunter, Natalie, Willa, and Abram; his siblings Terry (Jack) Forgar, Rudolph Rosier II, William (Tammy) Rosier II, and Rebel (Robert) Miller; and many nieces and nephews.  He is preceded in death by his son Joshua Nash Mitchell, his parents Robert Rosier and Elsie Rosier, his infant brother Baby Boy Rosier, and his niece Heather Knittel. Edward has been described as a quiet man with a big presence. He was a cherished husband, Daddy, and Grandpa that his family will miss dearly. He was a shining example of what it meant to be a loving father and husband. In 2019, Edward made the decision to rededicate his life to Christ which led him to be baptized on September 13, 2020. Edward loved the Lord and spent much of his time reading his Bible. He would highlight passages in green, his favorite color, to include: “Don’t let your hearts be troubled. Trust in God, and trust also in Me. There is more than enough room in my Father’s home. If this were not so, would I have told you that I am going to prepare a place for you? When everything is ready, I will come and get you, so that you will always be with Me where I am. And you know the way to where I am going.” John 14: 1-4 Visitation will take place from 4:00 to 6:00 PM on Sunday, September 12, 2021 at Walker Funeral Home, 410 Medical Arts Court, Gillette, WY. Funeral services will be held at 2:00 PM on Monday, September 13, 2021 at Journey Church, 3601 Southern Dr, Gillette, WY with interment to follow at Mount Pisgah Cemetery. Memorials and condolences may be sent in care of Gillette Memorial Chapel 210 West 5th Street, Gillette, WY 82716. Condolences may also be expressed at www.gillettememorialchapel.com

To order memorial trees or send flowers to the family in memory of Edward Ace Rosier, please visit our flower store.