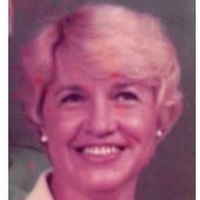 Celebration of Life services are scheduled for Saturday, August 18 at 3 PM at the Legacy Rehab and Care Center’s Chapel, Gillette.

Edith Mae Cooper Hunt was blessed to have had two birthdays, November 24th and 25th of 1935. The first given to her by her parents Jay W. and Anna Dell (Lippencott) Cooper and the latter by the U.S. Government!  Edie would always justify this “oops”, explaining that “mom and dad had 10 kids, they were bound to miss a detail or two”.

Her early childhood was spent in Roanoke, Virginia, the family then relocated to the Edinburg, Ohio where Edie met Carroll Miller.  Together they schemed an elopement, marrying November 14, 1956.  Their honeymoon took them to Washington, DC, Florida and back to Ohio.

From this union, they raised their three children along with their beloved dog Duke; creating a beautiful home on Needham Ave. in Kent, Ohio.  Edie worked as an optician as well as a waitress at the Rusty Nail in Kent while raising her children as a single parent. It was at this local favorite (restaurant) that she met the love of her life Dean Hunt.  Upon his retirement the couple relocated to Shelby, North Carolina where they spent their retired years golfing, playing cards with friends and swimming in their private pool ---always making sure to leave the porch light on for late night swims.

Edie loved being a grandmother almost as much as she loved ice cream, a trait known throughout the Cooper family.  Grandson Christopher made sure to let his grandma know that he, “loved ice cream but not as much as she did”. Granddaughter’s Dana and Liz remember arriving to her house on Mark Drive in the middle of the night after the long road trip from Gillette, to be met by their grandmother’s kisses and always the choice of three different kinds of ice cream.  Edie loved to have the grandchildren play in her pool where she taught them how to swim and played with the killer whale floatie.

Edie loved dressing for church each Sunday, old movies, especially Gone with the Wind, a good joke and her favorite word, which of course can not be printed. Edie was a strong woman, staying by her husband Dean’s side when he took his last breath in March of 2013.  After Dean’s passing, Edie started a new adventure in Gillette, WY where she lived with her son Dan and his family. She had lots of adventures, including spending quality time with her three children and was present for the birth of her first great grandson Hudson and was recognized at granddaughter Dana’s college graduation.

In lieu of flowers, the family asks that you do what Edie would do and have a bowl or two of ice cream with your family!   Memorials and condolences may be sent in care of Gillette Memorial Chapel 210 West 5th Street, Gillette, WY 82716. Condolences may also be expressed at www.gillettememorialchapel.com

To order memorial trees or send flowers to the family in memory of Edith Mae Hunt, please visit our flower store.