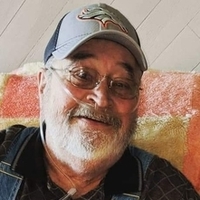 Celebration of Life for Earl Manous will be held at 11:00 a.m., Monday, October 21, 2019 at Gillette Memorial Chapel with David Taylor officiating. Earl Manous age 70, of Gillette, WY passed away October 16, 2019 at Campbell County Health. Earl Duane Manous born April 30, 1949 to Cecil Sid & Dorothy Juanita Manous.  He was the youngest and last surviving of six children.  He completed 11 years of school and later received his GED.  In October 1968 he met the love of his life Shirley.  Shortly after meeting her, he went into the United States Marine Corp. While home on leave Shirley and Earl were married August 17, 1970.  They have three children together.  He worked for a short time for Bell and Mooney and Black Hills Trucking.  He also worked for Amax, Cordero, North Antelope Rochelle and lastly at Rawhide Mine for a combined 30 years.  Every 4th of July we would spend a week in the Big Horns with the whole family camping and enjoying each other’s company.  He also enjoyed his rodeo days.  He tore up his knee in a wild cow milking. He also liked team roping and helping his friends with branding season.  He enjoyed riding his Harley, snowmobiles and four wheelers which happened to be his most favorite.  He loved riding in mountains, rock hounding, campfire shenanigans and being there with his family.  He loved to joke around and give everyone a hard time.  That’s just who he was. Most of all he loved his kids and grandkids.  He enjoyed everyone being together and all the fun we would have.  Watching the grandkids play football, basketball and Whitney’s violin concerts brought him great joy.  He was also was an avid Denver Bronco fan.  He would watch every game even if he had to record it.  He is survived by his wife Shirley, his son Darren (Lisa), daughter Amber (Dike), daughter Yvonne (Wes), grandchildren Chris (Holly), Zach (Caitlin), Rory, Whitney (Colby) and Cody; great-granddaughters Harper and Brynlee. Proceeded in death by his father Cecil, mother Dorothy, twin brothers Gordan and Gilbert, three sisters Ruth Shelstad, Glenda Martin and Fern Brown.  Also, a niece, nephew and numerous aunts, uncles and cousins. Memorials may be made in Earl’s name to benefit American Legion Help A Vet Fund or Wyoming Crippled Children of Cheyenne. Memorials and condolences may be sent in care of Gillette Memorial Chapel 210 West 5th Street, Gillette, WY 82716. Condolences may also be expressed at www.gillettememorialchapel.com

To order memorial trees or send flowers to the family in memory of Earl Duane Manous, please visit our flower store.