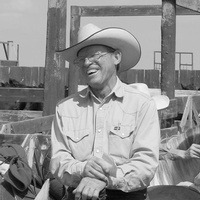 Friends and family will gather on Thursday, August 30, 2018, at 11 a.m. at the Moorcroft Town Center (old gymnasium).  Burial to follow at Moorcroft Cemetery.  Friends and family are welcome to join the family for food, fun, and fellowship at Keyhole Country Club, Pine Haven, WY.  Earl Thomas Jespersen held his head high and fought a courageous fight for three years.  On August 25, 2018, at Crook County Medical Services in Sundance, WY, he rode to the Great Divide to tip his hat to say until we meet again.  He was born in Des Moines, Iowa on April 28, 1949, to Herbert C. and Doris Mullican Jespersen.  The family moved to Wyoming when he was just six weeks old.  Earl attended Osage Elementary for first grade and second grade before the family settled in Moorcroft, October 1955.  Earl graduated from Moorcroft High School in 1967 and attended the University of Wyoming receiving his Bachelors of Science Degree in 1971.  He married his sweetheart, Pamela Kay Robinson, on June 7, 1969, in Gillette, WY.  The couple lived in Laramie, worked their summers in Sunlight Basin on the 7D Dude Ranch until Earl graduated from the university and moved to Glendo, Wyoming.  Earl taught Business Education for two years and his students voted him their favorite teacher.  In 1973, Earl and Pam moved back home to Moorcroft to ranch.  The couple was blessed with three angels, Randee Rae, Tobie Kay and Jackie Jo (JJ).  His pride and joy were his six granddaughters. Earl worked hard all of his life especially on his cow herd and accomplishing his goal of reaching 300 head. In January 2018, they decided to disburse the pride of his work, the cow herd, to Nebraska. Two of the girls and their families were able to purchase the majority of them and carry on the HY legacy. Those who knew Earl would say he had the biggest heart and was the first to be there when someone needed help.  He was a member of the First Presbyterian Church, a Boy Scout Leader, a proud alumnus of Moorcroft High School and the University of Wyoming, a member of Keyhole Country Club, where he enjoyed being on the board, serving as tournament director and ring leader of cowboy night, where his comical side shown the brightest. Earl is survived by his wife, Pam; daughters, Randee (Jon) Jespersen; Tobie Kay (Brad) Underwood; and JJ (Casey) Rudloff; six granddaughters, Jessee Kay; Taryn Marie; Tylea Jay; Hadlee Jo; Whitlee Rae; and Tallee Cooper, five brothers, Bob (Peggy); Marland (Barb); Lynn (Shery); Chris (Verna); Norm (Monica); and many nieces and nephews.  He is preceded in death by his parents, Herbert and Doris Jespersen; Aunt LaVonne and Uncle Curly Sheeder. Earl did not believe in wasting money on flowers, in lieu of flowers please donate to Earl Jespersen Scholarship Fund or to Healing Heart Home Health.  Memorials and condolences may be sent in care of Walker Funeral Home 410 Medical Arts Court, Gillette, WY 82716. Condolences may also be expressed at www.walkerfuneralgillette.com

To order memorial trees or send flowers to the family in memory of Earl Thomas Jespersen, please visit our flower store.