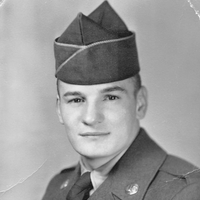 DuWayne Joseph Neether “Wack” 85, passed away peacefully surrounded by family and friends at Close to Home Hospice in Gillette, WY. DuWayne was born on January 1, 1935 to Dave and Mabel Neether in Donnybrook, ND. After growing up in North Dakota, he joined the Army and served most of his time in England operating heavy equipment. After proudly serving in the Army, in 1957 DuWayne met, Marline Glass Thompson, going on to have two children, DelWayne and Keith Neether. He later married Katherine (Kay) Hall Neether on December 2, 1967, and having two children of their own, Rick and Kena Neether. He took his skills and landed a job operating equipment with Brown & Root; building pipelines. Following the pipeline work, he ended up in Gillette, Wyoming. After planting his roots in Gillette, he kicked off a job at Campbell County Road and Bridge where he finally retired as “THE” Superintendent over the scraper crews. From early childhood to the days DuWayne wasn’t working, he loved being outdoors and had a passion for hunting, camping, and panning for gold. Numerous family and friends survive DuWayne. Memorials and condolences may be sent in care of Gillette Memorial Chapel 210 West 5th Street, Gillette, WY 82716. Condolences may also be expressed at www.gillettememorialchapel.com

To order memorial trees or send flowers to the family in memory of DuWayne Joseph Neether, please visit our flower store.