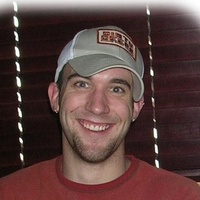 Former longtime Gillette resident, Dr. Scott Rodney Roberts, DC 34, passed away peacefully and very happy in his sleep Friday, March 9, 2018 at his home outside Belgrade, Missouri, cause of death is pending autopsy results.

Scott was born November 19, 1983 in Buffalo, WY to Shane and Sue Roberts. He was raised in Gillette, attending school in Campbell County. Scott graduated from Campbell County High School in 2002 he was in the top 25 of his class; earning the Presidential Scholarship. He attended a sports training school in Orlando, FL from August 2003 to January 2004. He went on to complete the University of Wyoming Kinesiology Health Program in 2006. He then moved to St. Louis, Missouri and graduated from Logan University Chiropractic School in 2013.

To order memorial trees or send flowers to the family in memory of Dr. Scott Rodney Roberts, DC, please visit our flower store.