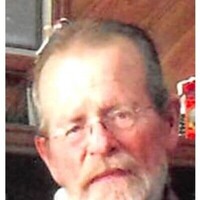 Douglas Delbert Williams, “Doug” to all that knew him, peacefully passed away on July 22, 2022.  Doug was born on August 31, 1953 in California to Dwaine and Bernadine Williams.  He was the youngest of three and at a young age, he and his family moved to Denver, Colorado where Doug was raised and graduated from Bear Creek High School.  He later moved to Longmont, Colorado with his former spouse and their two children where he worked building homes.  After a couple of years, the family moved to Sandpoint, ID and spent a winter managing a hotel and doing what Doug always loved to do, experiencing the wilderness.  After a brief return to Colorado, the family moved to Campbell County, Wyoming.  Doug raised his two young children solely for five years before marrying Connie McCreedy, the woman he cherished, adored and would spend the rest of his life.  His union with Connie blended two families that brought together a son and four daughters that he took great pride in providing for, protecting and nurturing.  Doug also took an active role in raising his grandson, Douglas, who he deeply cherished.  Doug would later retire from a successful career in the natural gas industry and live the rest of his life in retirement, enjoying his family and his home in Wright, WY.

Doug could not have been more happy living anywhere but in Wyoming.  He loved the beauty of the wide-open spaces, freedom to live how he chose and the down-to-earth community for whom he shared many values.  Although he did not necessarily enjoy the harsh Wyoming winter weather, he tolerated it because it brought the opportunity to snow ski and he felt that it helped to keep the “riff-raff” away.  His first priority in life was God, but his family was his passion and a close second.  Most of his vacation time was spent hunting across the state of Wyoming, which brought him much joy, relaxation and contentment.  He rarely missed a hunting season and particularly enjoyed elk hunting in the higher elevations.  He spent considerable time working on and around his home, which brought him a sense of accomplishment and would always be his preferred place to be as long as family was there with him.

A memorial service and celebration of Doug’s life will be held at 11:00 am on August 13, 2022 at Wright Baptist Church in Wright, WY.  A luncheon will be served and all are welcome.  Memorials can be gifted to Wright Baptist Church.  Burial will take place at Pleasant Ridge Cemetery in Harrisonville, MO.  Memorials and condolences may be sent in care of Gillette Memorial Chapel 210 West 5th Street, Gillette, WY 82716. Condolences may also be expressed at www.gillettememorialchapel.com

To order memorial trees or send flowers to the family in memory of Douglas Delbert Williams, please visit our flower store.