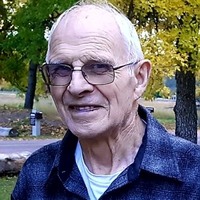 Funeral service for Doug Hyde will be held at 11:00 a.m., Wednesday, January 15, 2020 at Walker Funeral Home with Pastor Mike Morrison officiating. Doug Jesse Hyde was born on August 3. 1934 and went to be with his Lord, January 10, 2020.  Doug has been a member of the Gillette community for the last 40 years. His family was originally from Onida, NY. His Grandfather Charles H. Agar, with a group of men, came to the west looking for an adventure and played a key role in the formation of Onida, SD in 1883. Charles was such an influential man that the newly formed town, 10 miles away Agar, SD was named in honor of him. This would become the place that Doug discovered his passion for farming, ranching and the outdoors. Doug came to South Dakota when he was 4 years old.  Doug was one of 10 children who were raised working on the family farm. While finishing high school and working long hours he took a break long enough to meet Miss Michaela Olson. He saw her driving down the street in her new car with her friends and asked her if he could join them.   In just a few months, he used his graduation money to buy her a wedding ring.  Despite Doug’s quirky sense of humor, Michaela agreed to marry him. They were married on July 27, 1953 and shared a wonderful 67 years. They were blessed with four children; Mike, Gwen, Lynn and Curt.  Anyone who knew Doug, including his children, would always say:” you could always tell that things were going to happen when Doug got that certain twinkle in his eye” And although he often had that twinkle it was always in good fun. He liked to say that he lived by four rules:

God:  Doug was saved and dedicated his life to being the best Christian man he could be, always finding the positive in any situation. He was a member of the Assembly of God and eventually became an active member of the Jimmy Swaggart Ministries.

Family:  It is the most important responsibility and commitment under God.  Doug was the oldest of 10 siblings and became their champion by playing a positive parental role in their upbringing.  This philosophy carried over into the upbringing of his own family as one of the most important roles as a father. Although Doug spent countless hours in the field, his children always knew that he loved and supported their dreams and aspirations.

Friends:  Doug believed friends and neighbors were family and he was the go-to guy whenever someone needed a helping hand whether it was to raise a barn, plow a field, or share a grief.   Doug was the type of man that never turned his back on those in need and was always the first one to extend his right hand in greetings to strangers and friends alike.

Hard Work:  Doug loved to work with his hands.  He loved to tell about the time he was able to plow for 24 hours a day for many days straight.  He was a farmer with a passion for working with his livestock.  He loved to plow, plant, and harvest God’s bounty.

He could be counted on for a life’s story or sharing a learning moment with his family and friends.  This included many of his hunting and fishing adventurers.  One of his favorite stories is how he and Michaela would shoot jack rabbits on their trips to town and then sell the pelts to fund their date nights. He was a patient man who almost never got riled up.  He worked hard to ensure that his children would grow up to be self-sufficient and have the basic skills on how to figure things out.  He encouraged and enabled his children to follow their aspirations and dreams no matter how unattainable they may have appeared.  He is survived by his wife Michaela, his four children and spouses; Mike, Gwen Molder (Robert), Lynn (Denise), and Curtis (Pamela).  He also had five grandchildren, seven great grandchildren and six siblings; Delite Klinkhammer, Darwin (Kay), David, Darrell (Darla), Craig (Peggy), Cynthia Niemi (John). His very special Sister-in-Laws; Connie Hyde, Ellen Kalinay, Eva Olsen Hageman and Mary Olsen.   He was preceded in death by his parents Russel and Wava, his in-laws Norman and Theresa Olsen, three siblings; Dallas, Leroy, and Sharon Maroney and his brother-in-law; Kurt Klinkhammer and Roger Kalinay. Memorials and condolences may be sent in care of Walker Funeral Home 410 S. Medical Arts Court, Gillette, WY 82716. Condolences may also be expressed at www.walkerfuneralgillette.com

To order memorial trees or send flowers to the family in memory of Douglas Jessie Hyde, please visit our flower store.