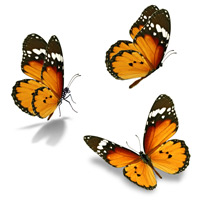 Dorothy “Dottie” (Dennis, Fall) Soule, 82 years old, of Gillette, Wyoming passed away peacefully at the Legacy Living and Rehabilitation Center, after a short battle with cancer, with family by her side on Wednesday May 1, 2019.  She was born Sunday August 16, 1936 in Gillette, Wyoming to Lewis F. and Marjorie B. (Frisbee) Dennis. She attended Radford School in El Paso, Texas.  Dottie was a graduate of Sundance High School in Sundance, Wyoming.  After High School she attended Black Hills Teachers College now, Black Hills State University. Dottie taught school for one year, before marrying Kenneth M. Fall in June of 1954; together they had five children from this union.  They later divorced after 22 years of marriage. She worked for Wyoming State Employment office in Gillette for many years, and also was the Manager of Ben Franklin Store in Gillette.  Dottie had a short marriage to George Soule.  She worked for Campbell County Public Works Building Division before retiring. Dottie is survived by her five children, Perry (Charlotte) Fall of Evanston, Wyoming; Brian (Linda) Fall of Gillette, Wyoming; Audrey Tudahl of Federal Way, Washington; Lewis (Velvet) Fall of Rock Springs, Wyoming; and Scott (Vicki) Fall of Kansas City, Missouri; 19 Grandchildren, and 21 Great-Grandchildren. She was preceded in death by her parents, her sister, Barbara (Dennis) Porter, and her brother, Raymond L. Dennis. A celebration of life will be held at a later date for family and friends. Memorials and condolences may be sent in care of Gillette Memorial Chapel 210 West 5th Street, Gillette, WY 82716. Condolences may also be expressed at www.gillettememorialchapel.com

To order memorial trees or send flowers to the family in memory of Dorothy Anne Soule, please visit our flower store.