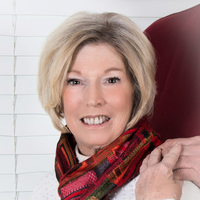 Donna passed peacefully from this world on September 28, 2019 surrounded by the love of her family and friends.  She will always be remembered for her compassion, kindness, and loving spirit.

She was born on May 14, 1947 in Berryville, West Virginia to Don and Janice Rocap.  The daughter of an Air Force pilot she traveled around the world which helped prepare her for later in her life when she married Robert “Bob” Lowery, an Air Force pilot.

Donna graduated from Monterrey high school in Lubbock, Texas and went on to nursing school at Texas Tech University where she was a proud Red Raider.  She began her nursing career in Lubbock working in both the emergency and operating rooms.  She and Bob soon moved to Alaska as part of his military service.  From there they returned to Bob’s family farm in Sedgwick, Colorado.  An opportunity soon arose for Bob to return to his flying profession in Gillette, Wyoming.  When she started at the Campbell County hospital there were only five nurses on staff.  Throughout her career she filled many roles including operating room nurse, office nurse, operating room supervisor, house supervisor,   home health nurse, and retired as the hospice and home health manager.  Some of her career accomplishments included being honored by her colleagues as the March of Dimes Nursing Leader of the year, and her role in helping to bring the hospice house to our community.  Even in her last days, while at the hospice house she was offering encouragement while promoting nursing to the students that were assisting with her care. Although she still felt it her duty to suggest improvements such as expanding the dessert menu to include pies and cakes, as applesauce alone does not make a dessert.

Donna and Bob raised three children that they were very proud of, Kelley, Jodi, and Todd in Gillette, Wyoming.  While very different in their personalities, each embodies the best of Donna’s qualities.  As her three children married, she loved their spouses, Roy, Wayde, and Missy as if they were her own.  Donna always supported her kids and grandkids in all of their pursuits.  At times she was separated by many miles from her five grandsons Jake, Jayce, Tanner, Braxton, and Jordan.  Yet she still always made it to birthdays, holidays, sporting events and other milestones as they were so very important to her.  Just this past month, she was able to attend Jake’s wedding where she welcomed Bailey into her loving family.

It was Donna’s wish for memorials to be made out to CCH Oncology Center, Hospice of CCMH, or the City/County Animal Shelter of Gillette.

To order memorial trees or send flowers to the family in memory of Donna Jane Lowery, please visit our flower store.