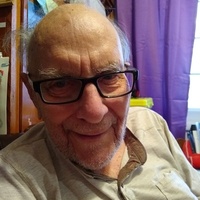 Funeral service for Donald William Streuber will be at 11:00 a.m. Wednesday, March 31, 2021 at Trinity Lutheran Church with Pastor Jared Tucher officiating. Burial will follow in the Gillette-Mt. Pisgah Cemetery with Military Honors provided by the American Legion post 42. Visitation will be from 4-6 p.m. Tuesday, March 30, 2021 at Gillette Memorial Chapel. Donald, age 97 of Gillette, WY passed away on Wednesday, March 24, 2021 at Legacy Living and Rehabilitation Center. Donald William Streuber was born on May 29, 1923 in Winona, Minnesota. He was the son of William and Florence (Schreibar) Streuber.  Donald attended school in Winona. After graduation Donald served in the U.S. Army. He served his country in WWII and was honorably discharged. Don attended and graduated from Mac Phail College of Music and Dramatic Arts with a Bachelor of Music in 1954 and in 1958 his Master of Music from Mac Phail College also.  He then received his Doctor of Philosophy Music from Columbia Pacific University in San Rafael, California in 1987. Don married Arlis (Growth) Streuber on September 30, 1950 at St. Martins Lutheran Church in Winona, MN. Due to Don’s job the couple moved to many different areas and finally coming to Gillette, WY in August of 1973. Don was a member of Trinity Lutheran Church of Gillette. Don was very active in the schools he was a music teacher for over forty years in the school system. Don’s hobbies were playing in the Kicks band in Gillette and listening to music and private music lessons. He also loved wood working and his beloved pets, Prince, Blackie and Goldie. Don also played trumpet for Holiday at church. He played at the Cam-Plex during the hose races and music camps. Don is survived by his daughters, Mary Streuber of Gillette, WY; Carol Streuber (Keith Allgier) of Rapid City, SD; his sons, Gregory (Heather) Streuber of Cheyenne, WY; Robert (Julie) Streuber of Perkasie, PA; sister-in-law, Donnis Noer of Winona, MN; seven grandchildren and several nieces and nephews. He was preceded in death by his wife, Arlis Streuber and daughter, Cynthis Streuber and his parents. Memorials can be sent to Gillette Memorial Chapel 210 W. 5th St. Gillette, WY  82716 or can be expressed at www.gillettememorialchapel.com

To order memorial trees or send flowers to the family in memory of Donald William Streuber, please visit our flower store.