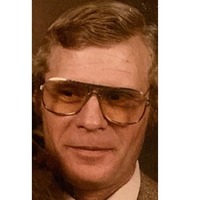 Memorial service for Donald “Don” Johnson will be held at 4:00 p.m., Saturday, December 28, 2019 at The Legacy Living and Rehabilitation Center Chapel; with Pastor Judith England officiating. Don passed away Saturday, December 21, 2019 at The Legacy Living and Rehabilitation Center of natural causes. Don was born to Tillman Mickey and Helen (Harriet) Johnson on October 10, 1942 in McIntosh, SD. Throughout his life he worked as a heavy equipment mechanic and owned his own shop. He enjoyed snowmobiling, fishing, and camping. He had four brothers and three sisters. He married Gloria (Stotz) in 1968 to this union they had five children; Tonie, Jay, Don, Dawn, and Samantha. They divorced in 1977. Don married Edna and together they had three children; Krisi, Tamara and Mickey. Don is survived by three sons of Gillette, Jay (Sherri) Johnson, Don Johnson, and Mickey Johnson; four daughters, Krisi Paris of Midwest, WY; Dawn Johnson of Mobridge, SD; Tamara Vanderstuep of Rifle, CO; Samantha (Travis) Hattan of Lingle, WY; 18 grandchildren and three great-grandchildren. He is preceded in death by his parents, four brothers, two sisters, daughter, Tonie and grandson, Christopher. Memorials and condolences may be sent in care of Gillette Memorial Chapel 210 West 5th Street, Gillette, WY 82716. Condolences may also be expressed at www.gillettememorialchapel.com

To order memorial trees or send flowers to the family in memory of Donald Walter Johnson, please visit our flower store.