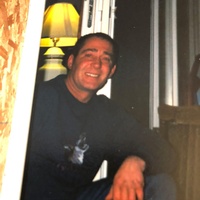 Mass of Christian Burial for Donald Koch will be held at 1:00 p.m., Saturday, January 12, 2019 at St. Matthew’s Catholic Church with Father Cliff Jacobson officiating. Interment to be at a later date in Stickney, SD. Donald Joseph Koch was born February 21, 1962 to Dale and Mary (Mairose) Koch. He graduated from Stickney High School in 1980. Showing an interest in mechanics, mostly developed from necessity, he attended Mitchell Technical Institute, from which he graduated in 1982 from the Automotive Technology Program. Donnie moved to Gillette Wyoming after graduation where he began his long career as an auto mechanic. Donnie came to know and earn the respect of many customers at Frank’s Alignment, where he worked for the majority of his career. In October of 1980, Donnie joined the Army National Guard where he served selflessly, earning several Awards of Achievement throughout his 27 year military career. He retired in 2007. After marrying in 1991, his two proudest achievements were born: James Koch in 1995 and Anthony Koch in 1997. Donnie’s sons were the light of his life and provided him the greatest joy. Donnie was a great father, son, uncle and friend. He was a loyal soldier, employee and an amazing man. He will be greatly missed. Donnie is preceded in death by his brother, Jim Koch in 1980, step-nephew, Cole Vreugdenhil in 2005, and father, Dale Koch in 2012. He is survived by two sons: James Koch and Anthony Koch; his mother: Mary Koch; brothers and sisters: Dave and Karen (Kelty) Koch, Kathy (Koch) and Jeff Schuldt, Jerry Koch, Tom and Teresa (Vogel) Koch, Brian and Becky (Vreugdenhil) Koch, Karen (Koch) and Mark Moore, Ann (Koch) and Jeff Gilbert and numerous nieces, nephews, aunts, uncles, and cousins. Memorials and condolences may be sent in care of Gillette Memorial Chapel 210 West 5th Street, Gillette, WY 82716

To order memorial trees or send flowers to the family in memory of Donald Joseph Koch, please visit our flower store.