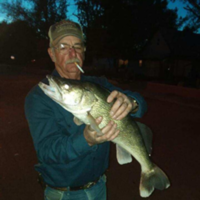 It is with great sadness and heart felt love that we announce the passing of our Husband, Father, Brother and Grandfather Donald Dale Belless on Wednesday, March 31, 2021 at the age of 70 in Gillette, Wyoming.
Don was born on October 18, 1950 in Forsyth, Montana to Gerald Belless and Pauline Church. He enlisted in the United States Marines after graduating high school in October 1970. During his service, he attended Jungle Training in Panama and was a Professional Director of small arms as a part of the Marine Tactical Rifle Squad. He served for two years before being Honorably Discharged where he was awarded the National Defense Service Medal for his diligence and technical know-how. After his military accomplishment, he joined the railroad where he worked for 42 years as an Engineer for Burlington Northern railroad before retiring in 2012.
Don had an extreme passion for the outdoors and was an avid wildlife hunter and fisherman. To name a few of his great catches, elk, deer, walleye and many other types that he could not keep away from. He also enjoyed spending quality time with his family and tending to his beloved horses.
He is survived by his wife, Julie of 21 years, daughters Leigh Belless Billings, Montana, Teresa (Bryant) Stokes Rapid City, South Dakota and Samantha (Vassar) Hurt, Billings, Montana. Brothers Art (Inez), Rick (Lana), Leroy (Becky) Belless and sisters Goldie Weisbeck (James) and Rose Frizzell. Many nieces, nephews, grandkids and great grandkids that he loved and adored so much.
He is preceded in death by his father Gerald Belless, mother Pauline Pierce, brothers Carl Powell and Bob Belless, sisters Carol Powell and Violet Spradlin.
His love and gentleness will be long remembered and forever missed!
A Celebration of Life will be held at the Ramada Inn, 2009 S Douglas Hwy in Gillette, Wyoming on 7 Apr at 4:00 pm. Military honors will be conducted at 5:00 pm sharp and a reception will follow.

To order memorial trees or send flowers to the family in memory of Donald Dale Belless, please visit our flower store.