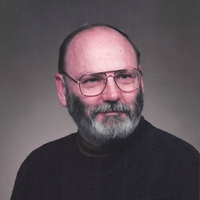 Don Edward Elswick, 77, of Gillette, went home to be with his Lord and Savior Jesus Christ on Tuesday, April 13, 2021. He was born April 8, 1944, in Louisville, KY, to Dave Elswick and Mary Rose (Jaggers) Elswick. He grew up in Kentucky and Indiana, graduating from Hammond Vocational Technical High School in Hammond, IN, in 1963. He joined the United States Army right out of high school, and that took him to Fort Gordon, GA, where, in 1963, he first met Nelda Ferrier, who was a clerk and typist in the United States Army Women’s Corps. Over the next few years, they dated “hit and miss,” Nelda said, and Don’s service took him to South Korea for a year during that time. After returning, he was reassigned to Fort Gordon, and he and Nelda were married July 2, 1966. They welcomed twins Richard and Robert on December 19, 1967, and daughter Daveann on December 10, 1968. Don left the Army and worked briefly for Youngstown Sheet and Tube for 18 months before enlisting with the United States Air Force shortly after the boys were born. His time with the Air Force took him to Vietnam, where he worked as an instructor and worked with airborne electronics, maintaining a radar and flying with a crew to operate their radar. Don’s service with the Air Force took the family around the United States and to Saudi Arabia and Okinawa. After retiring from the Air Force, Don went to work for Advanced Electronics, a subsidiary of Boeing, which sent him back to Saudi Arabia for a time. He and Nelda returned to the States as the Gulf War was breaking out. They lived in Waukegan, IL, for a time, where Don taught basic electronics to recruits at San Diego Community College Great Lakes Naval Training Station. He went to work for P&H Mine Pro in 1995, which eventually brought him to Gillette. He retired from P&H in the early 2000s. By the time Don and Nelda settled in Gillette, their adventures had taken them to seven states and two foreign countries, with numerous temporary assignments along the way for Don. Don was active in the communities where he lived, coaching Little League baseball and youth football, leading Boy Scouts troops and teaching Sunday school at Westside Baptist Church in Gillette. He also served as a trustee of Westside Baptist, eventually resigning due to health issues. The Elswicks frequently hosted their church family at their home for cookouts and Christmas parties. “The fellowship was something he absolutely loved to do and had fun doing,” Daveann said. Don was a diehard fan of the Chicago Cubs, Blackhawks and Bears, going to games when he was able. He was ordained as a deacon in 1994 in Waukeegan, IL, and he also worked with Gideons International, working to distribute Bibles all over the United States and around the world and traveling to Chicago to speak to high school students about the work of the Gideons. Don had a lifelong love of trains that began at age 8, when he was given a train ride as a gift. He frequently rode trains with his mother and his older brother Johnnie to visit family in Kentucky. Don loved riding refurbished historic trains, such as the 1880 Train in Hill City, SD, and the Cog Train to the top of Mount Washington in New Hampshire, as well as trains in Alaska and Europe. He had a vast collection of model trains. Don was preceded in death by his parents, Dave and Mary Rose; an older brother John Paul “Johnnie” Swift; and a granddaughter Barbara Williams. He is survived by his loving wife of 54 years, Nelda Elswick, of Gillette; his brother Dave (Lynda) Elswick, of Little Rock, AR; sister-in-law JoAnn Swift; children Robert (Lori) Elswick of New Braunfels, Texas; Richard Elswick of Weimer, Texas; and Daveann (Steve) Dodson of Lockhart, Texas; grandchildren Stephanie Dodson, Payton Elswick, Ryan Elswick, Paul Elswick and Lita Elswick; great-grandchildren Zoey Frey, Brenton Williams and Ryland Williams; numerous nieces and nephews; and countless friends who remember Don fondly. Cremation has taken place, and a memorial service begins at 11 a.m. Thursday at Westside Baptist Church with Rev. Scott Thompson officiating. Memorials and condolences may be sent in care of Gillette Memorial Chapel 210 West 5th Street, Gillette, WY 82716. Condolences may also be expressed at www.gillettememorialchapel.com

To order memorial trees or send flowers to the family in memory of Don Edward Elswick, please visit our flower store.