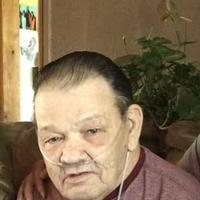 Dickie was born September 18, 1945 in Wray, Colorado, the son of Harvey G. and Ruby D. (Rears) Baker.  He left high school early to join the United States Army.  He served his country proudly and received an Honorable Discharge.  Following his military service Dickie moved to Gillette, WY in 1962.  He was a jack of all trades and worked several different jobs, most notably as a self-employed man in the construction field.  Dickie met the love of his life in Gillette and married Judy Hendrickson on Dec. 7, 1990

He was preceded in death by his parents Harvey and Ruby and by his daughter, Billie Jo

Memorials and condolences may be sent in care of Walker Funeral Home 410 Medical Arts Court, Gillette, WY 82716. Condolences may also be expressed at www.walkerfuneralgillette.com

To order memorial trees or send flowers to the family in memory of Dickie Lee Baker, please visit our flower store.