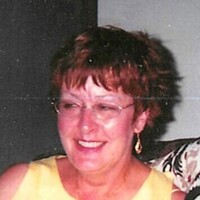 Mass of Christian Burial for Diana Bruch will be held at 1:00 p.m., Wednesday, February 24, 2021 at St. Matthew’s Catholic Church with Father Bryce Lungren officiating; interment to follow at Mt. Pisgah Cemetery.  Visitation will be held from 10:00 a.m. to 12:00 p.m., Wednesday, February 24, 2021 at Gillette Memorial Chapel. Diana Lynn Bruch, 67, of Gillette, Wyoming, passed away Friday February 19, 2021 after a 1.5-year long battle with lung cancer.  She was born December 4, 1953, to Frank and Elizabeth Yones in Leadville, Colorado. Diana attended St. Mary’s Catholic school until 1968. She then attended Leadville High School and graduated in 1972. She attended Colorado Community College in Leadville and earned an associate degree.  She met the love of her life Rusty Bruch in 1973 while volunteering with the explorer group. They later married November 30, 1974, in Leadville, Colorado.  They had two children Pamela and Jeremy. Diana loved taking care of her children and later grandchildren.  Her grandchildren were her pride and joy.  After her children grew up, Diana went to work at Campbell County Hospital where she worked for several years in the housekeeping department. She enjoyed getting out and working with her fellow housekeepers and hospital staff.

Diana loved everything outdoors. She fished, hunted and camped. Many family outings revolved around evening fishing trips with a campfire of roasted hot dogs and marsh-mellows. She also loved crafts, ceramics, sewing, crocheting and embroidery.  She took pride in being able to make clothes and gifts for the family.  Diana also loved her animals; over the years she always had a pet. Her pets ranged from cats, dogs to unconventional pets such as snakes, lizards, hamsters and birds. Diana was a devout Catholic and went to church as often she could. She was a member of St. Mathews Catholic Church for around 34 years.  Prior to that she attended St. Joseph’s Catholic Church with her mother in Leadville, Colorado. Diana is preceded in death by her parents, Frank and Betty Yones, and her brother, Frank Yones. She is survived by her Husband of 46 years, Rusty Bruch, her daughter Pamela (John) Ruhland, her son Jeremy Bruch, her grandchildren Dominic Rodriguez, Jocelyn Ruhland, Tanner Ruhland, Charlie Ruhland and Hattie Ruhland; her brother Dale Yones; nieces Kerry Bullard and Tammy Bruch and many great nieces and nephews. Memorials and condolences may be sent in care of Gillette Memorial Chapel 210 West 5th Street, Gillette, WY 82716. Condolences may also be expressed at www.gillettememorialchapel.com</p

To order memorial trees or send flowers to the family in memory of Diana Lynn Bruch, please visit our flower store.