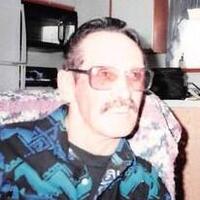 Dennis L. Skadsem, 81, of Pine Haven, Wy passed away on July 27, 2020 in Gillette, WY of natural causes. He was born October 10, 1938 in New Maine Township near Newfolden, Mn to Arthur Skadsem and Lucille (Magner) Skadsem.  He attended school in Newfolden.  At first Dennis worked on various farms in Marshall County, then he started working on the railroad. In 1960 he married Karen Hendrickson in Thief River Falls, MN.  To this union 3 sons were born; Charles (Chuck), Brian and Jason.  They later divorced. He also worked at Agsco Chemical in Grand Forks, ND and 1964 he went to work in construction in Colorado and in Wyoming.  In 1970 he started work in the oilfield where he worked the derricks and later became a driller; later moving back to MN and working construction until 1979 when he returned to the oilfields in Gillette, WY. In 1981, he married Marie Karsten in Gillette where they lived until moving to Pine Haven, WY in 1999. In 2000 he retired from Fuller Construction. Dennis loved to have a good time and he especially loved fishing and entered many tournaments in Wyoming and Canada.  He also loved hunting, 4 wheeling, dancing and his dogs. His dogs, Coco, Ruby, Duke and Taz spent many days fishing and traveling with him and Marie whenever they went fishing or visiting relatives in Minnesota. Dennis was especially proud to have co-founded The Keyhole Reservoir Fishing Association with John Betts in 2000.  In the 14 years it was active, they did a lot of things for the community and offered scholarships every year to 4 Crook County High School graduates with money raised from their 4-wheeler raffle held each Labor Day.  He was also an active member of the National Wild Turkey Federation, and other various hunting and fishing organizations. Dennis is survived by his wife, Marie, children, Brian (Tami) Skadsem and Jason Skadsem, stepchildren, Sam Karsten and Polly Karsten, 8 grandchildren, siblings, Beverly Boe, Ila (Myron) Anderson, Archie (Anita) Skadsem, Mike (Vicky) Skadsem and Michelle Rose.  He is preceded in death by his parents, grandparents, son, Charles and three nephews. A Funeral service will be at 2:00 p.m. Sunday, August 2, 2020 at the Oak Grove Cemetery in Newfolden, MN and with a gathering following the service at Newfolden City Park. Memorials and condolences may be sent in care of the Walker Funeral Home, 410 Medical Arts Ct, Gillette, WY 82716. Condolences may also be expressed at www.walkerfuneralgillette.com and at Johnson green Funeral Home, Theif River Falls, MN  www.johnsonfuneralservice.com/

To order memorial trees or send flowers to the family in memory of Dennis L. Skadsem, please visit our flower store.