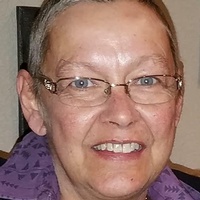 Memorial service for Denise Wenzel Herden will be held at 2:00 p.m., Saturday, March 24, 2018 at Gillette Memorial Chapel with Pastor Dan Morgan officiating; inurnment to follow at Mt. Pisgah Cemetery. Denise Wenzel Herden age 57 (or 47 because she liked to lie about her age) passed away peacefully with her children by her side. Denise was born March 26, 1960 to Duke and Karen Wenzel of Wessington Springs, South Dakota. Denise is the second oldest of five siblings. Denise moved to Gillette in the year 1978. Where she achieved her greatest accomplishment in life, or so she claimed, her three children. Denise worked in the safety industry for almost 30 years. After being laid off due to the down economy. She made the decision to move closer to her son and his family where it didn’t snow, her plan was to retire in the warmer climate. Denise fell ill soon after her move finding out that she had the battle of breast cancer ahead. During this battle she fought it so fierce, so positivity, so strong and with such grace. We don’t like to say that cancer took her. But that God needed his angel back. Denise spent her time enjoying a great steak and potatoes. We like to call her the grill master. Because no one could grill a steak like her. She spent her free time with her children whether it be lunches, shopping, Bunko, a craft fair, camping or barbecuing. If one of us was out she was usually with us. She enjoyed sleepovers with her grandchildren as long as they could wipe their own butts and they could let her sleep in the next morning. Denise is survived by her parents, Duke and Karen Wenzel; daughter, Stephanie Groves; son/wife, Dennis and Shayla Kosmicki; daughter, Kristin Wenzel; brothers, John, Perry and Daren Wenzel; sister, Kari Kosmicki; 10 grandchildren and many nieces and nephews. Denise is preceded in death by her grandparents, Don and Mary Wenzel and Everett and Opal Linafelter. Memorials and condolences may be sent in care of Gillette Memorial Chapel 210 West 5th Street, Gillette, WY 82716. Condolences may also be expressed at www.gillettememorialchapel.com
To order memorial trees or send flowers to the family in memory of Denise Wenzel Herden, please visit our flower store.