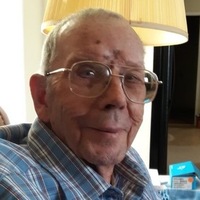 Funeral service for Delton Ray Morgan will be held at 11:00 a.m., Friday, February 19, 2021 at Gillette Memorial Chapel with interment at Moorcroft Cemetery. Delton Ray Morgan age 85, went to be with his Lord and Savior on February 14, 2021 in Gillette WY. He was born on March 3, 1935 in Wolfe City, TX to Jesse Cole Morgan and Jimmie Lee Kerr. He had four siblings. After graduating High School in 1953 from Amarillo High School, Amarillo, TX he enlisted in the Navy on July 19, 1955 to see the world. He served on the following Naval Ships: USS Hanson, USS Perkins, USS Enterprise (the first Nuclear Aircraft Carrier), USS Arneb, and the USS Francis Marion. While attending school for the Navy in Idaho Falls, ID, he met and later married Pauline Mae Cunha on October 17, 1958 and to this union they had four daughters. Ray and his family lived in Idaho, Virginia, Texas, California and again in Virginia until his retirement from the Navy on July 12, 1976. Wanting to be close to their families they moved to Loveland, CO.  He accepted a job at Triple S Labs in Loveland CO and later worked for Flatiron Bureau of Reclamation. In 1988 he and Pauline transferred to Rupert, ID to work for the Minidoka Bureau of Reclamation, retiring in 1998. Ray enjoyed bowling, photography, woodworking, gardening, camping and traveling with Pauline. They were married nearly 44 years before her passing on October 9, 2002. On March 6, 2005 Ray married Lois Ellen Blakeman in Burley, ID adding to his family five stepchildren. They later moved to Gillette, WY.   Ray and Lois enjoyed fifteen years together traveling and being with family before her passing on September 21, 2019. Ray was preceded in death by his parents, sister Nelda Miller, sister-in-law Joan Morgan and stepson Duane Beasley. He will be remembered for his kindness and generosity and by the grandchildren, occasional mischievous adventures.  He is survived by brother Bill Morgan, sisters Vernell (Charles) Ivie, Betty Jane Morgan, brother-in-law Douglas (Caroline) Miller,  daughters, Regina (Marc) Carlos of Leavenworth, WA, Jeanine (Neal) Cozad of Loveland, CO, Jeanele (Rocky) Rogers of Loveland, CO, Donna Morgan of Sioux Falls, SD, stepdaughters Sherry Vickers of Gillette, WY, Laree (Rocky) Fedderson of Gillette, WY, Vicky Beasley of Shawnee, OK and Tammy Cookston of New Castle, WY; 8 grandchildren, 9 great-grandchildren, 19 step-grandchildren, 20 step-great grandchildren and many nieces and nephews. Memorials and condolences may be sent in care of Gillette Memorial Chapel 210 West 5th Street, Gillette, WY 82716. Condolences may also be expressed at www.gillettememorialchapel.com

To order memorial trees or send flowers to the family in memory of Delton Ray Morgan, please visit our flower store.