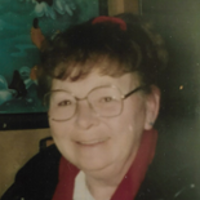 Memorial service for Delcena Kay Thompson will be held at 10:00 am Wednesday July 10, 2019 at The Gillette Memorial Chapel in Gillette, WY with Pastor Scott Clem officiating. Delcena Kay Thompson 69, passed away in her home suddenly on June 29, 2019. Delcena was born in Shamrock TX, on March 29, 1950 to Jack William Toolen Sr. and Allie Mae (Mitchell) Toolen.  For 18 years she lived in Shamrock, TX and later Montana. There she meet her first husband, Cap Williams and had a daughter. After receiving her GED she moved to Oregon to work with Job Core.  After a divorce she met Danny Ray Thompson and they had two daughters and settled down in Gillette, WY. Over the years along with raising her beloved daughters she also worked for a nursing home, the school district, and a special needs facility.  In 1998 she began her journey as a business owner and opened her Daycare “Granny’s” along with her Special Needs Care Provider Service “Granny’s Purest of Hearts” that continued until her death. Anyone that knew Delcena would describe her as a God fearing Strong Christian woman with the largest heart possible.  The love that exuded from this great soul was immeasurable.  She was gracious, kind, and forever giving.  She would go without to be able to give to others and she did so her entire life.  She lived life and loved everyone.  Delcena is survived by three brothers, Jack William Toolen Jr., Elijah John Toolen, and Albert Glen Toolen; three daughters, Kimberly Kay Williams Thompson(Tom) Trusler, Kellie Lee Thompson Cossitt, and Adina Rae Thompson (Kirk) Harbarger; six grandchildren, Bridgette Maelynn Thompson (Quinton) Case, T.J. Trusler, Cherilyn Rena Trusler, Samantha  Teniel Thompson, Kyle Ryan Glenn Smith, and Caylin Harbarger; four great-grandchildren, Jamie Joe, Cheston James, Johnathan James, and Jarred Jude; one beloved best friend Kimberley “my Kimmie” (Mark) Harris (“grandson’s” David and Shawn Harris, “great grandson” Elijah Harris). She is preceded in death by great-granddaughter, Journee Maelynn Thompson; mother, Allie Mae Toolen; and father, Jack William Toolen Sr. Memorials and condolences may be sent in care of Gillette Memorial Chapel 210 West 5th Street, Gillette, WY 82716. Condolences may also be expressed at www.gillettememorialchapel.com

To order memorial trees or send flowers to the family in memory of Delcena Kay Thompson, please visit our flower store.