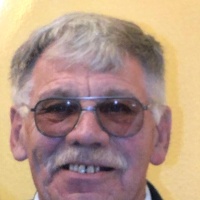 Funeral service for Dean Lang will be held at 10:00 a.m., Saturday, July 6, 2019 at Family Life Church with Pastor Marty Crump officiating; interment to follow at Mt. Pisgah Cemetery. Visitation will take place from 4:00 p.m. to 7:00 p.m., Friday, July 5, 2019 at Gillette Memorial Chapel. Dean Lang age 70 of Gillette, WY passed away on June 30, 2019 at Campbell County Health in Gillette, WY.  Dean Allen Lang was born on June 21, 1949 in Marshall, MN to Virgil and Marjorie Lang. Dean met the love of his life Georgia Ann DeMarteleare in the fall of 1966. Dean and Georgia were married on June 24, 1967 in Elkton, SD. There was not a day that went by he did not remind his "Georgie girl" how much he loved her and their life together. From this beautiful union came four children, Renae, Lisa, Loren and Lance. Dean started his career in the farming industry in Russell, MN but soon found himself working for his father in-law Melvin with DeMarteleare trucking.  In 1980 he and his family made their way to Gillette, WY where he would try his hat at many things.  He landed his first welding job with Claude’s Welding, he then went on to work at Cordero Mine as a welder, Osborne Brothers Construction as a Crusher Foreman and ending his 20 year career at the City of Gillette in the Streets Department. Dean never met a stranger. His voice, his laughter and his unforgettable hugs were his signature. He was also known as the person who could fix anything.  It was often said "if Dean couldn’t fix it, it couldn’t be done". He loved his wife, his children, his grandchildren and great-grandchildren.  Family was his everything! Dean is survived by his forever love Georgia; two loving daughters, Renae Rearick and Lisa (Skip) Eldridge; two beloved sons, Loren Lang and Lance (Raven) Lang, and Greg (Holly) Jackson whom he always considered a son; his most precious grandchildren Shadiron (Brandon) Brosa, Austin Lang, Brayden Jackson, Trestin Lang, Shey Rearick, Masin Lang, Elias and Eden Lang, Annysa and Addison Eldridge, Carole (Chris) Jackson, and Gabby Brazier; and his beautiful great-grandchildren Keaton, Sawyer, and Harper "Happy Jo". Dean is also survived by Kathy Einan and Milton Lang along with numerous brother and sister in-laws, aunts, uncles, cousins, nieces and nephews. Dean was preceded in death by his parents, Virgil (Marjorie) Lang, his in-laws Melvin (Betty) DeMarteleare, his brothers, Maynard, Virlane and twin brother Donald Lang and his son in-law David Rearick. Memorials and condolences may be sent in care of Gillette Memorial Chapel 210 West 5th Street, Gillette, WY 82716. Condolences may also be expressed at www.gillettememorialchapel.com

To order memorial trees or send flowers to the family in memory of Dean Allen Lang, please visit our flower store.