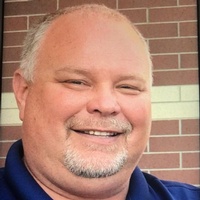 Funeral service for David Rearick will be held at 10:00 a.m., Saturday, June 23, 2018 at New Life Church with Pastor Paul Baughman officiating; interment to follow at Mt. Pisgah Cemetery. Visitation will take place from 5:00 p.m. to 7:00 p.m., Friday, June 22, 2018 at Gillette Memorial Chapel and also one hour prior to services at New Life Church.

David Rearick age 47 of Gillette, Wyoming passed away on June 18, 2018 at University Hospital in Denver, CO. David Craig Rearick was born on January 9, 1971 in Huron, SD to Craig and Judy Rearick. He graduated from Washington High School in Sioux Falls, SD and went on to further his education at the School of Mines in Rapid City, SD.

In 1996 David met the love of his life, Renae Lang and the couple was married on July 4, 1998 in Deadwood, SD and was lovingly brought into the Lang family. The couple immediately had a family together, as David loved Renae’s daughter; Shadiron as his own. In November of 2000, he made it official when he adopted his beautiful daughter who he loved so much. Their son, Shey was born on July 25, 1999. David’s first most important thing in his life was his family. He loved to follow his children in their sports, especially Shey with soccer. David and Shey also enjoyed hunting with their beloved dog, Jett. He was very happy to go back home to the family farm in South Dakota and help his father, Craig and see his mother, Judy every chance he got. David looked forward to summers with his family boating at the lake; he took humor and the challenge of tubing with his kids and nephew, Brayden. In the past few years David and Renae were able to enjoy spending time as grandparents with their grandbabies, Keaton and Harper. He was by far the most gentile, kind, intelligent, and loving person. His world was his loving wife, who he did everything with. They were inseparable and so deeply in love. He will be truly remembered for his smile and laugh that could light up an entire room.

To order memorial trees or send flowers to the family in memory of David Craig Rearick, please visit our flower store.