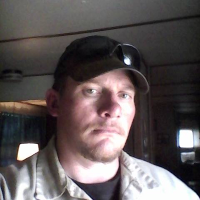 Memorial service for David Moudy will be held at 10:00 a.m., Thursday, September 5, 2019 at Walker Funeral Home with Pastor Ricky Jones officiating. David Michael Moudy, 43, of Newcastle, WY died Thursday, August 29, 2019 at Weston County Health Services in Newcastle, WY from cirrhosis of the liver. David was born November 10, 1975 to Vicki (Moudy) Mills. In 1977 they moved to Wright, WY and in 1981 he gained a stepfather, Billy Mills and two stepsisters, Heather and Misty. David attended Cottonwood Elementary Grade School and Wright Junior-Senior High School, graduating in 1994 which he then married Hazel PayPay and joined the US Army the same year. They had a daughter (Army brat) in 1997 just a few months before his discharge from the Army of Killeen, TX. The family then moved back to Wright, WY in July 1997 where he worked for Fuller Construction. Then their son was born in 1999. The couple later divorced. David then went to work for B & B Roustabout for several years. He later moved to Newcastle, WY to live with his grandmother. He worked for Oil City Supply and Pump Shop until they sold out, he then went to work for M & K Oil Company. David was an avid Xbox and PS4 gamer. And he loved his cat Ooglai. David is survived by his daughter, Samantha Moudy; son, Stephen Moudy; parents, Billy and Vicki Mills; stepsister, Heather Orcutt all of Gillette, WY; and stepsister, Misty Dalgarn of Glenrock, WY; grandmother, Barbara Moudy of Newcastle, WY; along with several aunts, uncles and cousins. He is preceded in death by his maternal grandfather, Steve Moudy; and paternal grandparents, Clarke and Doris Mills. In lieu of flowers the family request that memorials be made to benefit funeral costs. Memorials and condolences may be sent in care of Walker Funeral Home 410 Medical Arts Court, Gillette, WY 82716. Condolences may also be expressed at www.walkerfuneralgillette.com

To order memorial trees or send flowers to the family in memory of David Michael Moudy, please visit our flower store.