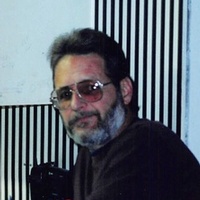 Dave was raised in Gillette and Graduated from CCHS. He excelled in all sports and was a naturally gifted athlete. He held many local records, some of which include track and field, and in high school football. In 1968 he was chosen by the Associated Press, and put on the Wyoming All State Team Class A. After high school he went on to play college football in Montana.

After college Dave met and married Patricia (Wolff), and went on to have three sons. Thomas David, Matthew Raymond, and Mark James Lynch.

Dave never lost his love of sports and adventure in his life. If anything was too easy or simple it was boring for him. He enjoyed riding and racing dirt bikes and competed in the Widowmaker Hill climb in Salt Lake City, Utah, and the Billings Big Sky Hill climb in Montana.

Dave was also an excellent hunter and successfully bagged bighorn sheep, pronghorn antelope, and black bear. He also took many mule and whitetail deer, along with ducks and pheasants. Dave loved the outdoors. He was an avid fisherman, and was passionate about teaching his sons and grandson about the joys of fly fishing and the peace that it brought him. There was never a destination too far away or hard to get to, just to catch that last fish. Backpacking was one of his joys, and he explored the Bighorn Mountains like they were his home away from home.

Dave was exceptionally skilled at billiards, and took many a person’s money at the pool table. He played in the Tournament of Champions at Nationals competing against the top pool players in the world in Las Vegas, Nevada. This is something he went on to do multiple times over the years and stayed at the top of the sport for a long time. This love of pool led him to the love of his life, Ange Iron Cloud. For the next 13 years they were inseparable. They loved each other deeply. She was with him until his last breath.

Dave was a master carpenter and master builder. He ran his business in Salt Lake City as custom home builder and cabinet maker, and then in 1987 he relocated to his hometown of Gillette. It was there that he went on to make many more amazing pieces of art. He was featured in in Woodworking magazine as one of the premier craftsmen of his time. His work is displayed in homes, churches, chapels, schools, and businesses. His imagination and ingenuity lives on through his work and the things he built.

To order memorial trees or send flowers to the family in memory of David Thomas Lynch, please visit our flower store.