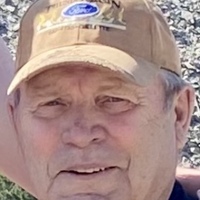 Funeral services for Dave Hansen will be 1:00 p.m., Thursday, October 20, 2022 at Gillette Memorial Chapel with Pastor Gordon Harper officiating. Interment will follow in Mt. Pisgah Cemetery. Visitation will be held from 4- 7 p.m. on Wednesday, October 19, 2022.
David Louis Hansen, 76, lost his courageous battle with cancer on Oct. 15, 2022 at the Campbell County Memorial Hospital, surrounded by his family.
David was born in Glendive, MT, on April 26, 1946, to Viggo and Frances (Lehman) Hansen. As a young man he lived and worked in several small towns in Montana, Wyoming, and South Dakota.
In 1970, he married Marie Hansen. They lived in Glendive for another 8 years and welcomed two daughters born during that time.
After earning his Montana Master Electrician License, the family moved to Livingston, MT. He was transferred to Gillette, WY, and acquired his Master Electrician License from the State of Wyoming. David held his Master Electrician License for 40 plus years. In 1980, David started his own business, M-D Electric of Gillette. He and Marie worked side by side until he sold the business in 1995. In years to follow he was employed by Hettinger Welding and MCM General Contractors.
David was preceded in death by his parents, a younger sister, Gloria Oberg, grandson, Matthew Fox, and several Aunts, Uncles, and Cousins.
David is survived by Marie, his wife of 52 years, two daughters, Sandra (Curt) Guffin, Sioux Falls, SD, Heather (Will) Luther, Texline, TX; three granddaughters, Ciyah Guffin, Haiden and Myah Luther; one brother, Donald Hansen, Yuma, AZ, two sisters, Carol (Ken) Sturgis, Yuma, AZ, and Loretta (Ron) Bach of Kingsley, MI. He is also survived by his best and trusted friend, Ron Martinson, Gillette, WY.
Memorials and condolences may be sent in care of Gillette Memorial Chapel, 210 West 5th Street, Gillette, WY, 82716. Condolences may also be expressed at www.gillettememorialchapel.com.

To order memorial trees or send flowers to the family in memory of David Hansen, please visit our flower store.