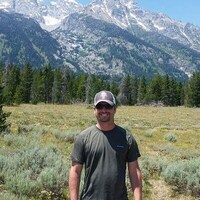 Funeral service for Darrel Adsit will be held at 1:00 p.m., Monday, October 12, 2020 at New Life Church with Pastor Paul Baughman officiating. Visitation will take place from 1:00 p.m. to 5:00 p.m., Sunday, October 11, 2020 at Walker Funeral Home. In lieu of flowers memorials can be made to benefit his son Brody Adsit, memorials and condolences may be sent in care of Walker Funeral Home 410 Medical Arts Court, Gillette, WY 82716. Condolences may be expressed at www.walkerfuneralgillette.com

On the evening of the sixth of October our son Darrel Lee Adsit, left this world for the next. Darrell came to us on a wintery day in Casper, Wyoming; November 27, 1979. Darrel came “Sunny Side Up” and was very much that way through life. His namesake was a Great Uncle, none of us got to know. However, stories of his love of life was apparently an inspiration to Darrel.

Having chicken pox as a fetus, mom having pneumonia in three quadrants was only the beginning. I (Jack) was sixty miles away at work, so Karen had to drive with her mom. I made it in time to see my second “Fishing Buddy” brought into this world. As an infant of two years, Darrel became inflicted with Chronic Nonspecific Diarrhea. He was losing weight and was hospitalized; IV’s became his lifeline.

From this time on, his childhood finally became normal for Darrel. Through school hew and his older sister competed for the best report cards. As a sixth grader, his class performed “The Christmas Carol”; one does not need to guess who performed Scrooge without flaw at the Cam-Plex!!!

Fishing and hunting became his favorites. As a teen I gave him a Sears 22 rifle that I had as a teen. As the southside of the house was old siding, there was often a fresh rabbit skin or snakeskin tacked on it to dry with an occasional coyote.

In high school, he was the Astronomy Class President for three years. In his fourteenth year, Darrel decided it was time to find a job. Using his bicycle, he rode a couple miles to an area where he hunted; seeing a man busy in the fields he rode in. At first, Bert Fortner was hesitant to take up the offer. As Darrel started to ride away, Bert changed his mind, thinking any lad of that age must be worth his “salt” to want work. By the end of the summer Darrel ran all the hay equipment except the round bale bailer. Bert became a long-life friend and took Darrel on racoon and cat hunts. The next year Bert took Darrel to a friend; Bart and Cathy Kissack, who are family friends still today. Darrel, a bit of a prankster, was a bit of a concern to Cathy, with their younger children; all turned out well.

Girls now became the focus in his life, in 2005 he brought Britni Rhino and family into our lives with the birth of Brody “Gus” as Darrel would nickname him. Darrel and Britni separated; we consider them all as an extended family. As I consider Darrel a shepherd of sorts, very few of his acquaintances in life have strayed from his flock.

Darrel and Amie were co-worker’s at Jacob’s Ranch and became life soulmates; with Amie having two children; Bryce and Ashleigh. With a love of hunting and fishing they enjoyed each other and their children. All of Amie’s family soon adopted Darrel as their own. So, the flock grew again.

To order memorial trees or send flowers to the family in memory of Darrel Lee Adsit, please visit our flower store.