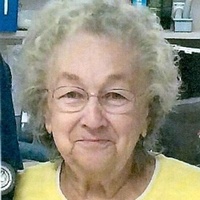 Mass of Christian Burial for Darlene Barthel will be held at 10:30 a.m., Friday, August 17, 2018 at St. Mary’s Catholic Church in Golva, ND with Father Dan Berg officiating. Vigil will be held at 7:00 p.m., Thursday, August 16, 2018 at St. Mary’s Catholic Church in Golva, ND. Darlene Ann (Wolski) Barthel, 80, passed away at her home in Gillette, WY on August 10, 2018 surrounded by family. She was born on April 11, 1938 in a sod house on her parent’s farmstead in Oriska Township near Valley City, North Dakota. She was the eldest of seven children, born to Arnold and Monica (nee Straus) Wolski; and graduated from St. Catherine’s High School in Valley City in 1956. She went on to St. Alexius School of Nursing in Bismarck, where she graduated in 1959. She started her career as a Registered Nurse, which would span for more than fifty years, in the maternity ward of St. Alexius Hospital. She married James (Jim) William Barthel on April 6, 1959 at St. Catherine’s Catholic Church in Valley City and they made their home in Bismarck, where Jim worked for the Highway Department for several years. To their union, six children were born. They lived briefly in Longmont, Colorado and Golva, North Dakota before moving to Mott in 1978, where she worked for Hettinger County Public Health while they also farmed. In 1987 they moved to Sundance, Wyoming, when Darlene took a job as Director of Nursing with Crook County Nursing Home. In 2002 her daughter and son-in-law opened Sundance Assisted Living and she became their nurse-manager. Darlene was widowed with Jim’s passing in 2004. Officially retiring in 2012, she kept her license active and often worked on an “on call” basis right up until just before her passing. In 2011 she moved to Gillette, Wyoming to be closer to children, grandchildren and great-grandchildren. Her passions included sewing, quilting, and snuggling up with a good book and a cup of hot tea (with just a little sugar). Over the years, she designed and made countless number of quilts and dozens of dresses for formal occasions; including her own wedding dress. She was an incredible seamstress and crafter. She also loved naturopathy and became involved in many areas of holistic healing and alternative medicine. She was preceded in death by her parents, her husband, one brother, Arnie Wolski and one sister, Mary (and Ralph) Bravo. She is survived by her six children: Linda (and Wayne) Johnson of Moorcroft, WY, Ronald (and Barb) Barthel of Minot, ND, Donald (and Alane) Barthel of Gillette, WY, Lisa Barthel of Gillette, WY, Jon (and Paula) Barthel of Bismarck, ND, and Gerard (and Moni) Barthel of Bismarck, ND; fifteen grandchildren: Seth Johnson of Casper, WY, Daniel Johnson of Rapid City, SD, Thomas Johnson of Bismarck, ND, Adam Johnson of Douglas, WY, Amber Barthel of Minot, ND, Sierra (and Mark) Unruh of Minot, ND, Shala (and Cole) Brown of Minot, ND, Ethan (and Brooke) Barthel of Alexandria, MN, Michaela Barthel of Mobridge, SD, Molly (and Corey) Frank of Gillette, WY, Amber (and DJ) Hafner, Zachary, Cory, Matthew and Brendon Barthel all of Bismarck, ND; and ten great-grandchildren: Nevaeh, Avaria, Eli, Carter James, Jordyn, Aria, Bentley, Gabriella, Bailey, and Levi; two sisters, Carol Connor and Gaylene Gamble, two brothers, Erling (and Helen) Wolski and Bruce (and Sue) Wolski, all of Colorado; and numerous nieces and nephews. The family would like to thank Sharon’s Home Health Care, especially Jen and Georgia for their care and support during Darlene’s final days. Memorials and condolences may be sent in care of Walker Funeral Home 410 Medical Arts Court, Gillette, WY 82716. Condolences may also be expressed at www.walkerfuneralgillette.com

To order memorial trees or send flowers to the family in memory of Darlene Ann Barthel, please visit our flower store.