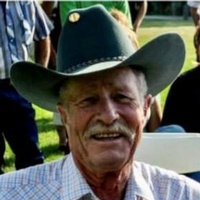 Funeral service for Dale Brauher Jr. will be held at 10:00 a.m., Thursday, May 24, 2018 at Gillette Memorial Chapel with Kenna Rose officiating; interment to follow at Mt. Pisgah Cemetery. Dale Albert Brauher Jr. 70, of Gillette, WY passed away on Saturday, May 19th, 2018 at Close To Home Hospice House. Dale was born to Dale Albert Brauher Sr. and Hannah Viola Irene (Adams) Brauher on May 28th, 1947 in Greeley, Colorado. He was the 3rd oldest of 8 siblings. He grew up around Briggsdale and Kersey, Colorado and graduated in 1965 from Briggsdale.

On December 20th, 1980 Dale married the love of his life Maxine up at Meadowlark Resort. From that day on they spent the next 37 years celebrating together and were rarely apart.

He liked being an entrepreneur and turning his hand at various jobs. He was a handyman and very good at many things. Dale was passionate about gardening and yard work with the greenest of thumbs. He really enjoyed going to the mountains to hunt, fish and camp. Dale was an avid Broncos fan and never missed a game. He loved spending time with his family and was always joking and giving people a hard time.

He is preceded in death by his parents; brother, Jess; best friend and son-in-law, Tom Wetherelt; and granddaughter, Naomi Rae Trullinger. Memorials and condolences may be sent in Dale’s name in care of Gillette Memorial Chapel 210 West 5th Street, Gillette, WY 82716. Condolences may also be expressed at www.gillettememorialchapel.com

To order memorial trees or send flowers to the family in memory of Dale Albert Brauher Jr., please visit our flower store.