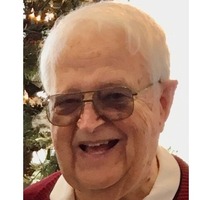 After a yearlong struggle with cancer, Dale Ellis Belden, 84, passed peacefully out of this life on March 2, 2021 into the arms of Jesus. He was surrounded by loved ones.

He was born to Wallace and Ruth (Jimerson) Belden on December 27, 1936 in Morrill County NE, on a farm east of Bridgeport.  He lived on farms and ranches in that area until moving to the Twin Pines ranch in Platte County WY.  His early school years were in a cabin on the ranch.  His family later moved to Wheatland, WY where he completed his school days and graduated from Wheatland High School in 1955.  He attended the University of Wyoming where he completed a B.A. in Education and a M.Ed. in Administration.  Dale had numerous jobs while completing his degrees, including six years with the US Postal Service in Laramie and Cheyenne, WY.  He began his teaching career in Casper in 1969 and in 1978 began his “energy” career, working for Energy Reserves Group and then BHP Petroleum in Casper, Midland, TX and Denver, CO.  In 1989, Dale moved into his government career, taking a position with the State of Wyoming Worker's Compensation Division in Cheyenne and Gillette.  He was living in Wright, WY when he retired in 2003.  He represented Wright on the Campbell County Library Board.  When the opportunity arose, he took a part time job at Don’s Supermarket in Wright where he worked for 12 more years.  He made his last move to Gillette in 2019.

While attending the University of Wyoming, Dale first laid eyes on Janice Decker, who was to become his wife of 64 years.  In 1956, they were married in the Presbyterian Community Church in Guernsey, WY (Jan’s hometown) with Dale’s pastor officiating.  Their son Scott was born in 1959 and their daughter Connie was born in 1963.  Dale’s family grew with Scott’s marriage to Jonni and their three children Kyle Belden (Megan) of Modesto CA, Ana Belden who went to heaven at age 26, and Gabe Belden (Lauralyn) of Bartlesville, OK.  The family also grew with Connie’s marriage to Tom Thompson and their two sons Lane Thompson and Seth Thompson (Corrine) of Gillette, WY.  Dale had five great-grandchildren: Abby, Judah, Vida, Jeremiah and Lilly.  He regretted missing the births of two more great-grandchildren to be born in March and April in 2021.

Dale enjoyed spending time with family (especially eating out or in), visiting, reading, spectator sports, working on projects, playing games and traveling.  He loved all the activities chosen by his five grandchildren as they were growing up.  He was a member of High Plains Community Church and belonged to the “Amazing Grays” Bible study.  He enjoyed people and visiting and if time allowed, he always had a story to tell.  He was a caring husband, dad, “G-Pa”, son, brother, neighbor and friend.

Dale was preceded in death by granddaughter Ana Belden and sister, Donna Pensis.  He is survived by two brothers, Ben Belden of Thermopolis, WY and Lee (Kelly) Belden of Laramie, WY and numerous nieces, nephews and cousins.  In lieu of flowers, donations may be made to Campbell County Health Hospice or Heptner Cancer Center. To honor Dale’s wishes a graveside service and celebration will be held in the future at Wheatland, WY after Jan joins him.

Dale was grateful for all the opportunities and blessings God has given him and his family.  He knew the supreme joy of his death is to enter heaven and be received by Jesus his Savior, the Son of God.  He would want all of you to also know this comfort. Memorials and condolences may be sent in care of Gillette Memorial Chapel 210 West 5th Street, Gillette, WY 82716. Condolences may also be expressed at www.gillettememorialchapel.com

To order memorial trees or send flowers to the family in memory of Dale Ellis Belden, please visit our flower store.