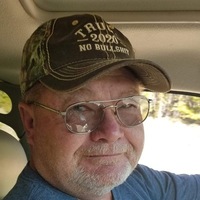 Curtis Allen Land, 58, of Gillette died Sunday, April 18, 2021, at home. Memorial services begin at 10 a.m. Saturday at Gillette Memorial Chapel with Pastor Ernie Bishop officiating. He was born Aug. 25, 1962, in Ray, Arizona, to Kenny and Sue Land. He moved to Gillette in 1982, and soon after his first wife, Bonnie, and daughter, Kimberly, followed. In 1984, their son Travis was born. He met his second wife, Stephanie, in 1995. They married in 1996, and he gained a son, Matthew. He loved to do many things, including roping, camping, archery and riding motorcycles. In his later years he loved spending time with his grandkids and playing Wii Golf. He knew lots of people and was friends with many. You could see him all over town, at Bomgaars, Menards, and his favorite place to eat, Mona's Cafe. He is joined in death by his parents, Kenny and Sue; and daughter, Kimberly. Curtis is survived by his son, Travis; and grandchildren, Valerie, Ian, Beck, Jaden and Mason; his second wife, Stephanie; son, Matthew; first wife, Bonnie; brother, Kevin Land and his wife, Courtney; and many, many friends and family. He will be loved and missed by very many and never forgotten. Memorials may be sent in Curtis' name in care of Gillette Memorial Chapel, 210 W. Fifth St., Gillette, WY 82716.

To order memorial trees or send flowers to the family in memory of Curtis Alan Land, please visit our flower store.