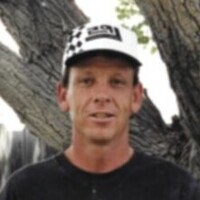 Connie Lee Alexander, 56, passed away Wednesday October 28, 2020 unexpectedly in his home. Lee was born July 20, 1964 in Perryton Texas to Ronald Wayne and Shirley Ann Alexander. His family moved to Gillette, WY when he was young where he then lived most of his life after. Following his graduation from Campbell County High School, Lee started his working career welding for Ray Webb. He also spent many years in the oilfield on workover rigs, pumping for his dad, and truck driving. Working at Lakeway Power Sports alongside his dad was the job he enjoyed most. Lee married Lisa Smith from Sheridan, WY and together had three children Aaron, Misty, and Kendra. They divorced 19 years later though remained good friends. Lee grew up with a passion for dirt bikes and racing motocross which he passed on to his son and grandchildren. Many of the community’s motocross youth were touched by Lee through his motocross schools and overall love of teaching all kids to ride. Lee enjoyed snowmobiling, waterskiing, snow skiing, motocross, and anything with speed. He was known by family and friends for living life in the fast lane. He loved his loud music and never slowed down in anything including his cars. He was a one-of-a-kind individual with an infectious personality that brought laughter to all who encountered him. He found so much fun finding treasures in other’s junk and could create masterpieces out of everything he found. Grandkids were the highlight of Lee’s life. From teaching them to ride motorcycles, practice wrestling moves, building gymnastic bars, to cheering on football, softball, and baseball he tried to be there for it all. Lee is preceded in death by his parents, Ronald Wayne and Shirley Ann Alexander and brother, Clay Moore Alexander. Lee is survived by his three children, Aaron Alexander, Misty Alexander, and Kendra Alexander; and eleven grandchildren, Alexis Alexander, Hayden Friesen, Brooklen Johnson, Peyton Alexander, Kaylee Davis, Kellen Friesen, Emberly Alexander, Kambree Alexander, Kaidynce Alexander, Brekken Alexander, and Khloe Friesen. In lieu of flowers that family request that memorials be made to Gillette Memorial Chapel to assist with funeral expenses. Donations can also be made through www.gillettememorialchapel.com “Donate Funeral Fund” link attached to Lee’s obituary. Memorials and condolences may be sent in care of Gillette Memorial Chapel 210 West 5th Street, Gillette, WY 82716.

To order memorial trees or send flowers to the family in memory of Connie Lee Alexander, please visit our flower store.