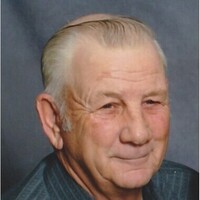 Clemens "Clem" John Rohrich, 71, of Gillette, Wyoming, passed away peacefully January 13, 2021 of natural causes, surrounded by loved ones following a brief illness.  Born to Clemens Rohrich Sr. and Goldie (Johnson) Rohrich in Bismarck, ND on August 23, 1949, Clem was raised with his six siblings in Steele, ND, attended school in Center, ND, and enlisted in the U.S. Army in 1969, serving at Ft Benning, GA and overseas.  On September 12, 1970, he married Charlotte (Walker) Rohrich, in Bismarck, ND.  In 1972, Clem was honorably discharged from the military, having been designated a rifle expert and achieving the National Defense Service Medal.  Three children were born to Clem and Charlotte, Michael John, Mark Allen, and Melissa Ann.  Clem and Charlotte lived in Bismarck, ND and Mattoon, IL before moving to Gillette in 1977, which he and Charlotte called home for 43 years.  He began a career at ARCO Coal in 1981, where he specialized in drilling and blasting at several mines in the Campbell County area.  He retired in 2007 after 26 years.  Clem then worked for Powder River Construction, where he hauled heavy equipment over a three state region and provided local snow removal.  Clem's knowledge of the Campbell County area and  residents was vast.  He remained employed by PRC at the time of his death.  Clem was a volunteer firefighter at the Gillette Fire Department for several years.  Clem's hobbies included hunting, fishing, bowling, the racing of odysseys and sprint cars, paragliding, riding motorcycles, gambling, rooting for the Denver Broncos, having coffee with friends, and his dog, Fritz.  He could often be found at Energy Downs, Sturgis Rally, Cool Deadwood Nights, the Ice Cream Cafe, and the Saturday night stock-car races.  Clem and Charlotte were members of Trinity Lutheran and Prince of Peace Lutheran churches.  Clem was preceded in death by his parents, his sister Eileen Rasmussen, brother-in-law Ernest Highley, niece Lana Magstadt, nephew Ronald Block, and great-niece Faith Totzke.  He is survived by his wife Charlotte, who he recently celebrated 50 years of marriage with; his children, Michael (Rikilynn) of Centennial, CO, Mark (Amy) of Gillette, and Melissa (Chad) of Pueblo, CO; his siblings Joanne Highley of Bismarck, ND, Mary (Gary) Magstadt of Steele, ND, Dianne (Donnie) Zuraff of Frenchtown, MT, Herbert (Treva) Rohrich of Eagle Rock, MO, and Frank Rohrich of Cassville, MO; and his godson, Casey Walker, of Gillette, two grandchildren,  three great-grandchildren, and more.  Clem will be missed deeply by his family, his friends, and Fritz.  Visitation will be hosted by Gillette Memorial Chapel on Thursday, 1/21/2021 from 5:00 p.m. to 7:00 p.m.  A celebration of Clem's life will be held at Trinity Lutheran Church, located at 1001 E 9th St., in Gillette, WY, Friday 1/22/2021 at 12:30 p.m.  Interment to follow at Mt. Pisgah cemetery with full military honors.  Refreshments and fellowship will then be served at Trinity Lutheran Church.  In lieu of flowers the family asks that memorials be made to assist the Rohrich family with future expenses.  Memorials and condolences may be sent in care of Gillette Memorial Chapel, 210 West 5th St, Gillette, WY 82716.  Condolences may also be expressed at www.gillettememorialchapel.com.

To order memorial trees or send flowers to the family in memory of Clemens John Rohrich, please visit our flower store.