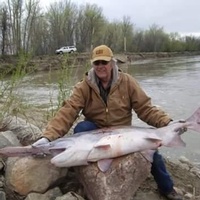 Funeral service for Clarence Everett Gilkison will be held at 3:00 p.m., Friday, October 5, 2018 at Weston County Senior Center in Newcastle, WY. Visitation will take place one hour prior to services. Clarence Everett Gilkison, 69, passed away on Thursday, September 27, 2018, in the early morning hours at Campbell County Memorial Hospital in Gillette, Wyoming, due to complications from exposure to Agent Orange. His son Jeff and nephew Jim Krank were at his side.  Everett, the son of Clarence Elmer and Mamie Mildred (Ross) Gilkison, was born on January 18, 1949, in Westfir, Oregon.

Everett enlisted in the United States Army on March 27, 1968 and completed Basic Training at Ft. Louis, Washington.  He went on to Advanced Training at Aberdeen Proving Ground, Maryland.  Everett was deployed directly into Vietnam and served one year in country from November of 1968 to November of 1969.  He was transferred to Germany in December of 1969 where he finished his three year tour of duty.  Everett was a decorated service member and an M-14 Sharpshooter; he received the National Defense Service Medal, Vietnam Service Medal, Vietnam Campaign Medal and Two Overseas Bars.  He was Honorably Discharged on March 18, 1971, and is a lifetime member of the VFW Post #2516, Newcastle, Wyoming.

Everett worked for True Oil as a roustabout and pumper for eight years.  While working for True the family lived in Clareton, Wyoming.  Everett began work at Black Thunder Coal Mine as a blade operator and retired with twenty-eight years of service in February 2015.

To order memorial trees or send flowers to the family in memory of Clarence Everett Gilkison, please visit our flower store.