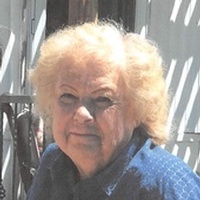 Memorial service for Christine Stevens will be held at 1:00 p.m., Wednesday, January 2, 2019 at Walker Funeral Home with Pastor Brad Powell officiating. Christine Maren “Chris” Stevens passed away peacefully on December 23, 2018 after a tough battle with breast cancer at the age of 75. She was born September 5, 1943 in Rockford, Illinois, the oldest of Fred J. Collins and Thora (Laursen) Collins. Chris and her younger brother, George spent their childhood in Rockford, graduating from Auburn High School. Christine married Robert “Bob” Stevens on February 4, 1967. They both shared a passion for showing and breeding Arabian horses, competing in many shows and also being members of many horse clubs. Chris had many other passions along with horses. She was an amazing seamstress, making most of her own clothes and show costumes. Chris was a talented painter and bronze sculptor, having much of her artwork displayed at galleries and fairs. Their son Michael was born August 29, 1967. In 1974, the family relocated to Missoula, MT, then to Florence, MT in 1979 where they continued showing horses. In 1981, they moved to Gillette and have been there ever since. Chris enjoyed helping younger riders at shows, taking pride in their achievements. Chris is survived by her husband of nearly 52 years, Bob; son, Michael; and brother, George (Jan) Collins. She is preceded in death by her parents, Fred and Thora Collins. Memorials and condolences may be sent in Chris’ name in care of Walker Funeral Home 410 Medical Arts Court, Gillette, WY 82716. Condolences may also be expressed at www.walkerfuneralgillette.com

To order memorial trees or send flowers to the family in memory of Christine "Chris" Maren Stevens, please visit our flower store.