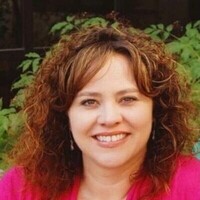 Funeral service for Christina Moore will be at 11:00 a.m. Saturday, April 17, 2021 at Gillette Memorial Chapel; interment to follow at the Gillette-Mt. Pisgah Cemetery. Visitation will be Friday, April 16, 2021 from 4-6pm Gillette Memorial Chapel. Christina M. Moore, age 42 passed away on April 10, 2021 at MD Anderson Cancer Center in Houston, Texas. Christina Marie Moore was born on April 4, 1979 to David and Susan (Koller) Bennett in Scottsbluff, NE.  She attended elementary, middle and high school in Edgemont, SD and graduated in 1997.  In High School, Christina excelled at basketball and volleyball.  She attended and graduated from Western Dakota Tech earning an associate degree in Medical Administration Field. Chrissy began her career at Campbell County Memorial Hospital and worked there until her death. Chrissy met and fell in love with Jimmy Moore in 1999. They were married in May 2009. Together they had two children, Dylan Dean Moore and Alaina Marie Moore. Chrissy wasn’t ready to stop being a mother to her kids. She was always crafting with them, supporting them in sports and playing card games. Chrissy was a loving mother, wife and daughter. She will be missed greatly for her humor, laughter and ability to love. Her passions were her love of reading, crafting, Halloween, watching sappy movies and being there for her children. Chrissy is survived by her husband, Jimmy, children, Dylan and Alaina Moore, her mother Susan Bennett, her family by choice, Tom and Karen Simons, Sharyn Fredrick, Tom Simons, Shona Earle, Jesse (Eve) Simons, John (Andrea) Simons, Tonya (Chris) Stahl and Keith Simons. Chrissy is preceded in death by her father, David Bennett.  A memorial has been established in Christina’s name to benefit her children. Memorials and condolences may be sent in care of Gillette Memorial Chapel 210 W. 5th St. Gillette, WY 82716. Condolences may also be expressed at www.gillettememorialchapel.com

To order memorial trees or send flowers to the family in memory of Christina Marie Moore, please visit our flower store.