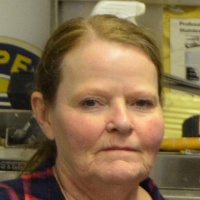 Red met the love of her life, Jeff Bryant, in 1976 in Gillette, Wyoming. They married March 12, 1977.  They have four children Erin, Ashley, Bailey, and Dale. They were blessed with a bonus child, Amy, in 1991.  She had five grandchildren, Dalton, Laney, Gianni, Carmine and Cash. She also had 9 granddogs Berkley, Arnold, D.O.G, Sadie, Baxter, Mitzie, Buster, Justice and Gru.

Family was the most important thing to Red. She attended anything that her grandkids and family were involved in.  Her father, Dale, and sister, Corky, brought so much joy to her life. She spent much of her life caring for her family, friends and anyone who needed it. Being involved in different charities throughout her community was very important to her. The Furkids Foundation gave her several opportunities to be involved in her granddog’s activities. She loved all animals especially dogs. Her dogs quickly became her children and were a big part of her family.

Red was able to spend her life raising her children and provided them amazing lifelong memories. She spent her time running her children to numerous sporting events and activities, traveling with them and cheering them on. She made all holidays special occasions for her family. Creating costumes, trick or treating, decorating the 22 foot tall Christmas tree, looking at Christmas lights, sledding, ice skating, and huge Fourth of July celebrations. She could always find something enjoyable to do with them, wood-hunting, laser light shows, the dish fairy, taking food to people on the streets, going to bingo with the people at Grandma’s senior housing, and attending all of the children’s festivals. She always had someone else’s kids with her and would take as many as the car would hold. Everyone was welcome and she was always able to find the good in everyone. She later spent a great deal of time travelling with her husband to visit her children as they grew.

She was preceded in death by her mother, Elma Jaeger; step-mother, Iva Kay Jaeger; mother-in-law and father-in-law, Dorothy and Melvin Schiro; and brother-in-law, Tip Bryant.

In lieu of flowers the family asks that a donation be made in her name to The Fur Kids Foundation. Memorials and condolences may be sent in care of Gillette Memorial Chapel 210 West 5th Street, Gillette, WY 82716. Condolences may also be expressed at www.gillettememorialchapel.com

To order memorial trees or send flowers to the family in memory of Cheryl Lynn Bryant, please visit our flower store.