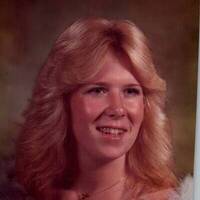 Cheri Lee Nolan entered the kingdom of Heaven suddenly on Sunday, November 26, 2021 at Campbell County Memorial Hospital. Cheri was born August 11, 1959 to L. Pete O’Nolan and Sally (Schilling) O’Nolan in the Sparks, NV hospital where she joined her sister Tracy (Pat) Kuykendall of Reno, NV, who she always told stories of to her children and grandchildren about. She graduated high school in 1979 and went on to beauty school. She had great pride in growing up in Nevada where she participated in the rodeos, carrying the flag on horseback for grand entrances and parades, but she was the proudest of her family. As a teen she enjoyed spending time with her many cousins at Lake Tahoe, cruising round in the “Blue Fox”, chatting on the CB radio, and jumping potholes while killing rattlers. As an adult Cheri moved to Washington state and had four children, who she is survived by. Sarah (Jason) Bryant and kids of Gillette, WY; Margaret George and kids of Moorcroft, WY; Richard George of MN; and Andrew (Brittany) George and kids of Midland, TX. Cheri was preceded in death by her parents, Pete and Sally Nolan, great-grandparents, many aunts, uncles, and cousins, her adopted son Blackhawk Fisher and adopted sister Seanna Fisher. All who knew Cheri said she had always been kind, happy to see you, and could make a friend anywhere. Above all she loved her cat Skitty Kitty and her nine grandchildren. Later in life she moved into her apartment where she met many a lifelong friend and always had a grandchild sleeping over on the weekends where she would feed them any snacks they wanted and send them home happy and wanting to come back next weekend. She would take her family on drives over the many country roads around Gillette, blaring music, which always had a big part in her life. Her family wishes that you listen to the songs Danny Boy, See You Later by Jenna Raine, Knowing You by Kenny Chesney and The Old Rugged Cross by Alan Jackson to remember her by. She would always say, “It’s never goodbye, it’s see you later.”, “Love You.”, and “My daughters and I look like the Judds.” Thank you for the wild Ride you called life Mom. A memorial service will be held at a later date in Wyoming. Memorials may be sent to Walker Funeral Home, 410 Medical Arts Ct. Gillette, WY 82716. Condolences may also be expressed at www.walkerfuneralgillette.com

To order memorial trees or send flowers to the family in memory of Cheri Lee O'Nolan, please visit our flower store.