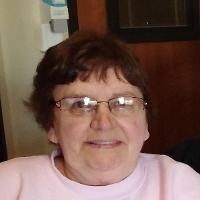 Funeral service for Charlotte Combs will be held at 11:00 a.m., Tuesday, July 16, 2019 at Walker Funeral Home with Rev. Lin Davenport officiating; interment to follow at Mt. Pisgah Cemetery. Charlotte Marie Combs peacefully passed away on July 11, 2019 while holding the hands of family. Charlotte was born September 27, 1946 in Camden, New Jersey to Caroline and George Stokely. When she was in the 11th grade, she quit school to work full time to take care of her mother, father, and younger siblings after her father suffered a heart attack and was unable to work. She still found time for her favorite thing, riding horses, and that is when she met her husband, Billy Combs. Charlotte and Billy were married on October 23, 1965, and this union brought forth two children, Billie Jr. and Bonnie. They made their home in Hammonton, New Jersey until they decided to take a chance at a better life and moved the family to Wyoming to pursue jobs. She was employed by the coal mines in Hanna, WY, being one of the handful of women to work in the mines at that time. In 1985, she accepted a position with Carter Mining at Co. Rawhide Mine in Gillette, then transferred to Caballo Mine a year later, and remained at Caballo the rest of her career. The last couple years of work, she was diagnosed with MS. She bravely battled this disease until the end. She enjoyed her job at the mine, driving 240-ton haul trucks (or Kitty Cats, as she called them), fishing with her husband, and Bingo. But most of all, she loved spending time with her three granddaughters, playing games, baking, teaching them to fish, taking them to Bingo, and spoiling them. Charlotte’s feisty spirit will be dearly missed by all her family and friends. She is survived by her children, Billie (Pam) Combs; Bonnie (Loren) Hertel; her granddaughters, Shelby (Bill) Hunt; Lindsey (Jack) Besel; and Sydney Hertel; three great-grandchildren, Ashlynn and Blake Besel and Carter Hunt; her sister, Christine Watson; brother, Earl Stokley; and numerous nieces and nephews.  She was preceded in death by her husband of 50 years, Billy, her father and mother, and one brother. In lieu of flowers memorials may be made in Charlotte's name to benefit Campbell County Animal Shelter. Memorials and condolences may be sent in care of Walker Funeral Home 410 Medical Arts Court, Gillette, WY 82716. Condolences may also be expressed at www.walkerfuneralgillette.com

To order memorial trees or send flowers to the family in memory of Charlotte Combs, please visit our flower store.