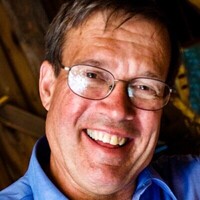 Charles James “Jim” McLeland, of Gillette, Wyoming, passed away at age 72 on October 26, 2022, at UC Health Anschutz Medical Center in Aurora, Colorado. Jim was born on October 27, 1949, in Hot Springs, South Dakota. Jim was the youngest of three children. His father, Charles Murel “Mac” McLeland, and his mother, Florence Francis “Teddy” Covey, followed the oil boom to Newcastle, WY, and settled there to raise their family. Jim was the youngest of three children. He had two older sisters, Betty Payne and Laura Brown. Jim graduated from Newcastle Highschool in 1968 and then went to the University of Wyoming, where he studied accounting. In 1971 he married Deborah “Debbie” Dumbrill in Newcastle, WY. Jim graduated from the University of Wyoming with honors in 1972. After passing the CPA exam on his first attempt, Jim began working as a CPA in Cheyenne, WY. He and Debbie lived in Cheyenne until 1974 when they moved to Gillette. Jim continued working as a CPA and began what would become M & K Oil Company with his father. Jim and Debbie had three children, Nathan McLeland (Gillette, WY), Morgan McLeland (deceased), and Ryan McLeland (Franklin, TN). Jim loved his community and gave generously to many local nonprofit organizations. He also served on the Children’s Center board for 13 years. Jim cherished his family. His mother, father, sister Laura, and son Morgan preceded him in death. He leaves behind his beloved wife of 51 years, Debbie; sons Nathan (Robbie) McLeland and Ryan (Kara) McLeland; granddaughters Kaylee, Rooney, and Charley and grandsons Spencer, Breckin, and August. Jim McLeland wanted the New York Yankees to win the World Series this year. They couldn’t get it done, and that’s okay. Jim wanted to see his son, Morgan, who died in a tragic car wreck with seven of his University of Wyoming Cross Country teammates, twenty-one years ago.  He wanted to see Augie, the grandson born in his blindness and Rooney, Charley, Breckin, Spencer and Kaylee.  He wanted to see how they grew during his six and a half years of darkness. He wanted to see the sunrises, sunsets, snowfalls, and waves breaking on the beaches that we all described for him. He wanted to see the business that he and his father, “Mac” created, thrive and be a wellspring of benefit for his family, his workers, and the communities that he grew up in (Newcastle) and the one he adopted with a whole heart (Gillette). He wanted to see his profession (accounting) carried on with integrity, honesty and competence. He wanted to see all that he provided to Debbie, his wife of fifty-one years, and all she provided for him bear it’s final fruits in a long span of “golden years.” He wanted to see families, his and ours “multiplied” to replenish the earth. He wanted them to understand and appreciate the earthly places they came from. He wanted to see that five-pound bass he lost a couple of years ago on School Lake, Michigan! (again?) The things he wanted to see weren’t anything all that unusual, but that’s okay. He didn’t pine for anything extra. His remaining sons Nathan and Ryan and daughter’s-in-law, Robbie and Kara, nieces and nephews, families, friends, and business associates gave him abundant joy. Jim would not have known this principle in words, but one of the wisest things that was ever said is (paraphrased); If you reach middle age still expecting to be rewarded in life for your goodness, you are clinging to an immature view.  What Jim McLeland understood, beyond mere words, was that the real key is, “joyful participation in the sorrows of life.” (Joseph Campbell) For those of us who are still striving, his life was saying: (From “The Yearling” by Maxine Kinnan Rawlings)   “Now there’s a thing ever’ man [and woman] Has got to know. Mebbe you know it a’ready.  Boy, life goes back on you. You’ve seed how things in the world o’men. You’ve knowed men to be low down mean. You’ve seed ol’ Death at his tricks. You’ve messed around with ol’ salvation. Ever’ man wants life to be a fine thing and easy, ‘Tis fine, boy,’ powerful fine, but ‘taint’ easy.  Life knocks a man down and he gits up and it knocks him down again. What’s he to do when he gets knocked down? Why take it for his share and go on.” To this knowledge, Jim added his JOY; his finest accomplishment. Funeral services for Jim will be held at 1:00 p.m., Wednesday, November 2, 2022 at The Church of Jesus Christ of Latter-day Saints-Stake Center 1500 Ohara Drive, Gillette, WY. Visitation will take place from 6:00 p.m. to 8:00 p.m., Tuesday, November 1, 2022 at The Church of Jesus Christ of Latter-day Saints-Stake Center. Family request all flowers delivered to the church-please no flowers to their home. Memorials are suggested to benefit the following organizations: Y.E.S. House Foundation, Gillette College Foundation or Campbell County Children's Developmental Services. Memorials and condolences may be sent in care of Gillette Memorial Chapel 210 West 5th Street, Gillette, WY 82716. Condolences may be expressed at www.gillettememorialchapel.com

To order memorial trees or send flowers to the family in memory of Charles "Jim" James McLeland, please visit our flower store.