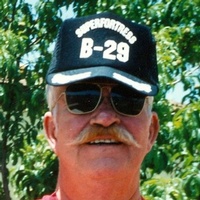 Memorial service for Charles “Jerry” Gregory will be held at 10:00 a.m., Monday, April 9, 2018 at Calvary Community Church with Pastor Don Wight officiating. Charles J. Gregory age 86, passed away Wednesday, April 4, 2018 at The Legacy Living and Rehabilitation Center of natural causes. Charles Jerry Gregory was born December 30, 1931 in Gillette, WY to Charles and Edna Gregory. Jerry’s family suffered the loss of his father when he was six years old. His mother remarried later to Arthur Burkhardt of Round Top, TX. The family made their home north of Gillette on Garner Lake Road. Jerry worked on the family ranch until he joined the Army Air Corps in 1948 becoming a crew chief on B-29’s during the Korean War. He received an honorable discharge as a Staff SSGT from the United States Air Force in 1952. Jerry returned to Gillette and worked at several ranches and ranching businesses until he started his own trucking company. Later he purchased a sand and gravel company in Buffalo, WY; where he lived for 18 years. Returning to Gillette to the family ranch where he raised cattle until retirement. Jerry married his special sweetheart Jo Anne Drake in the summer of 1955.  They were married for 62 years at the time of Jo Anne’s passing in May of 2017. From this union they had two children, Chuck and Lori. Jerry loved his family and was a generous provider to them. Jerry was fun-loving, and ornery; his friends would say his was quite a “character.” He was a member of the American Legion and became District Commander, along with being an active member of the VFW. Jerry was proud of his service to his country. Jerry is survived by his children, Charles “Chuck” (Robin) Gregory of Krum, TX; and Lori (Pat) Mitchell of Gillette, WY; grandchildren, Joe and Cory Krause; and Jeremy and Cierra Gregory; brother, Jack Burkhardt of Gillette, WY; and sister, Gloria Clay of Centennial, WY. He is preceded in death by his parents and wife. The family requests in lieu of flowers that memorials be made to Calvary Community Church in Jerry’s name. Memorials and condolences may be sent in care of Walker Funeral Home 410 Medical Arts Court, Gillette, WY 82716. Condolences may be expressed at www.walkerfuneralgillette.com
To order memorial trees or send flowers to the family in memory of Charles Jerry Gregory, please visit our flower store.